Experts discuss the future of aquaculture at AQUA 2012 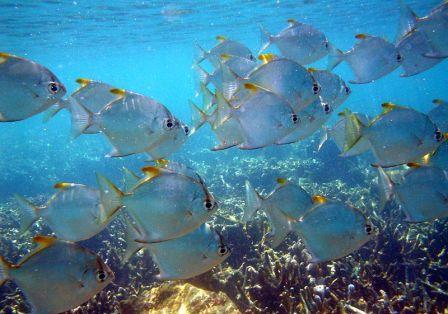 Organised under the theme ‘Global Aquaculture – Securing our Future’, Aqua 2012 attracted over 2,000 participants from different universities and private companies from across the world

Several scientists, academics and farmers gathered at Prague for the aquaculture conference held from 1 to 5 September to share and exchange information on the development of global aquaculture.

Some of the topics covered at the event included: fish escapes, fishmeal, fish oil replacements, animal welfare and disease treatment/prevention.

“To secure our future fish protein sources and to meet the growing need for nutritious foodstuffs we must apply our 40 years of experience and learning in Atlantic salmon farming and production to other species,” said Petter Arnesen, breeding director for Marine Harvest in .

The event comprised of an international scientific conference, an international trade exhibition, workshops for aquaculture producers, forums organised by students and by the European Commission Directorate General for research and many other satellite workshops and meetings.

The presentations given during the event provided industry and science perspectives on the different aspects of the theme, which has implication in global and regional food security and aquaculture trade.

The theme also referred to economic and environmental sustainability and the image of aquaculture activities.

During a round table discussion with many experts from research universities and institutes from across the world, Czech Agriculture Minister Petr Bendl discussed improving the quality of fish and its benefits to human health.

Aqua 2012 drew on Europe and Africa, , and Latin America as well as the and Asia Pacific region and the rest of the world to create one of the largest aquaculture trade shows in the world.