Australian horticulture grower reduces bird presence by up to 90% 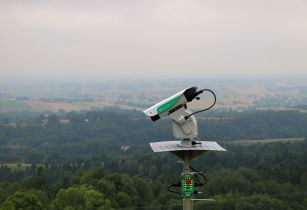 Gazzola Farms located in Melbourne, Australia, has deployed the laser bird deterrent in 2018 to effectively solve bird damage to their celery and lettuce crops

They experienced a significant 90% bird reduction on their farm.

Gazzola Farms is one of the leading vegetable growing operations in Australia. They focus on providing a variety of lettuce, celery, and Asian greens to sell across Australia. Based on Victoria’s Mornington Peninsula, Gazzola Farms harvests their crops all year round, which in turn invites intruders onto the farm. The most problematic uninvited guests are wood ducks.

Currently, Dean Gazzola and his brother Alex Gazzola manage more than 500 acres in Boneo, Victoria. With the large potential crop yield, the threat of wood ducks increased and they would frequently find 20-30 ducks per field, with the lettuce and celery destroyed. This meant that overnight Gazzola Farms would lose a couple of hundred dollars worth of lettuce as a consequence of ducks foraging. As a result of the severe damage to their crops by the wood ducks, they began the search for a cost and time-effective solution.

The limitations of the traditional bird control methods were not appealing to Gazzola Farms. They attempted to scare birds away with scare guns, but this created a noise disturbance for neighbouring properties. Visual methods were not successful as a permanent solution to deter the birds either, as the birds quickly became accustomed to them.

After some time spent searching for an effective solution, Gazzola Farms found the automated laser bird deterrent through E.E. Muir & Sons (an Australian partner of Bird Control Group, manufacturer of the laser bird repellents). Australian owned since 1927, E.E Muir & Sons’ focus is to help Australian Growers with a range of products and services that will keep Agricultural industries flourishing.

The AVIX Autonomic Mark II is a fully automated laser bird deterrent device. The essence of the solution lies in the projection of a laser beam that effectively spooks birds without hurting them. As the green laser beam moves towards the birds they disperse from the area within seconds. According to AVIX Autonomic’s exclusive Australian distributor, E.E.Muir & Sons, “Birds see the laser beam differently than humans, we see it as a point of light, but birds see the whole beam. They perceive it as a solid object, like a stick of light, which triggers the danger aspect instinctively and they feel they’re under attack, therefore, this causes them to leave the area.”

After a few months of deploying the laser bird deterrent device, results were seen immediately by Gazzola Farms. They achieved a 90% reduction in bird presence. Dean Gazzola admits, “We are extremely happy with the system, and I would definitely recommend it to my neighbors as it is easy to use and extremely user-friendly. We will continue to get more until all parts of the farm are covered.” Watch a video testimonial of Gazzola Farms here.

One of the biggest issues faced by horticultural operations across Australia is crop damage caused by birds. It’s a problem that effectively wipes out thousands of dollars of revenue from farms every year.

According to the Australian Department of Agriculture, there are at least 60 different bird species known to feed on and damage horticultural crops. With each species possessing marked differences in feeding strategies and movement patterns, getting rid of each and every one of them is a challenging task.