China to use hybrid corn seeds for production boost 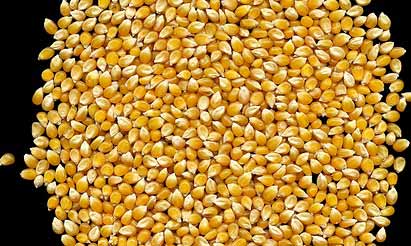 China has approved the use of hybrid corn seed varieties like those from Monsanto Co., DuPont Pioneer and Syngenta AG to boost yields and meet the rising corn demands in the country

China has imported a record 5.5mn metric tonne of corn in 2011–2012, but with the new hybrid seeds some domestic farmers are already reporting yields at double the average five metric tonnes per hectare.

China’s corn crop is forecast at a record 200mn metric tonnes for the current year, according to the US Department of Agriculture.

China corn marketing lead for Monsanto, Diego Diz, said, “My view is that within the next seven to 10 years the gap in terms of demand and supply will probably be reduced to close to zero if the technology can reach the farmer.”

China is under significant pressure to meet the growing demand for meat, and the corn to feed the animals that supply it.

Syngenta head of corn marketing for the Asia-Pacific Hardeep Grewal said, “Over the next 15 years, China needs 80 to 100mn metric tonnes of additional corn a year. It means yields have to go up 50 to 60 per cent.”

Hybrids have modernised planting as some seed firms guarantee 95 per cent germination. Crop density, which has a direct impact on production, is up by around half to 60,000 plants per hectare from five years ago, though still lagging behind the US level of around 80,000. New varieties also mean reduced fertilizer use and improved water efficiency, a critical factor in the increasingly water-stressed northeast.