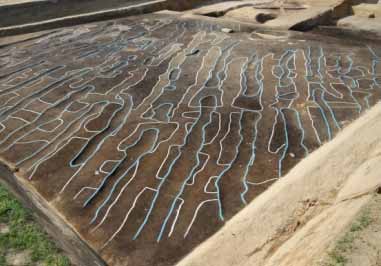 Remains of agricultural tools that date back to the Neolithic period as well as a farming site, have been found in Goseong, in South Korea

According to the Korea’s National Research Institute of Cultural Heritage, the discovery makes Goseong the oldest agricultural site in East Asia.

The archaeological specimens, mostly consisting of fragments of earthenware, prove that people living in the region started cultivating crops during the Neolithic period.

During the research, an agricultural field presumed to be from the same period as the stoneware pieces, was also discovered.

Similar discoveries in the past have led researchers to believe that farming prevailed in the Korean Peninsula even in the Neolithic period. Carbonised grain and farming tools made of stone during the period are among the historical relics that have been found.

The institute will continue their research at the site and try to establish the kinds of crops that were grown in the area.