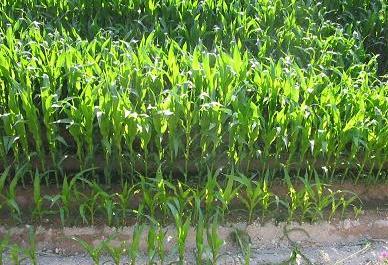 Global grain production is expected to reach a record high of 2.4bn tonnes in 2012, an increase of one per cent from 2011 levels, according to new research conducted by the Worldwatch Institute's Nourishing the Planet project

According to the United Nations Food and Agriculture Organization (FAO), the production of grain for animal feed is growing the fastest – a 2.1 per cent increase from 2011. Grain for direct human consumption grew 1.1 per cent from 2011, write report authors Danielle Nierenberg and Katie Spoden.

In 2011, the amount of grain used for food totaled 571mn tonnes, with consuming 89mn tonnes, 87mn tonnes, and the 28mn tonnes, according to the International Grains Council. The world relies heavily on wheat, maize (corn), and rice for daily sustenance: of the 50,000 edible plants in the world, these three grains account for two-thirds of global food energy intake.

Grains provide the majority of calories in diets worldwide, ranging from a 23 per cent share in the to 60 per cent in Asia and 62 per cent in .

Maize production in the - the largest producer - was expected to reach a record 345mn tonnes in 2012; however, drought in the has altered this estimate severely.

Maize yields for the 2012-13 growing season are now expected to decrease 13 per cent from 2011 production, for a total production of 274.3mn tonnes.

The reliance on grain crops for food security is threatened by more-extreme climatic events, especially droughts and floods. According to the United Nations International Strategy for Disaster Risk Reduction, the World Food Programme, and Oxfam International, some 375mn people will be affected by climate change-related disasters by 2015.

By 2050, the FAO notes, 10-20 per cent more people will be subject to hunger based on the changing climate's effects on agriculture, and 24mn more children are expected to be malnourished – 21 per cent more than if there were no climate change.