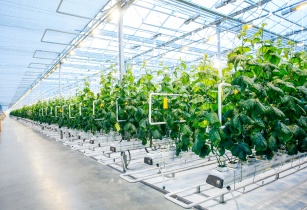 According to OpenGov Asia, the country’s capital city has implemented many high-tech agricultural production models to move towards smart agriculture. However, the city will have to pay more attention to promoting the application of science and technology as well as training high-quality labour resources

According to the deputy director of the Municipal Department of Agriculture and Rural Development, Ta Van Tuong, developing smart agriculture is a trend for agricultural production around the world and in Vietnam, including Hanoi.

Tran Duy Quy, the chairman of the Vietnam Association of Rural Development Sciences, said that developing smart agriculture and applying advanced science and technology to production was crucial. With a densely populated city like Hanoi, the application of science and technology in production will help transform traditional agriculture into smart agriculture, thereby increasing incomes for farmers. It will help solve the problems of land shortage, improve the living environment, and reduce pollution.

Earlier this year, the Ministry of Information and Communications (MIC) approved an e-commerce plan to boost the sale of farm produce and accelerate distribution to avoid congestion during harvesting season. It aimed to keep farm produce prices stable and eliminate intermediary merchants. Two sites, Postmart and Vo So, have been assigned to place farm produce on sale and farmers will be trained in digital skills. Through the programme how to operate in the digital environment, how to register accounts to display products on the sites and how to register online payment accounts and implement the process of packaging, connection, and delivery.

In August, the Ministry of Information and Communications (MIC), Vietnam unveiled a plan to put domestic farming households on e-commerce sites to connect, advertise, and introduce their products. The plan aims to create new distribution channels for domestic farming and is said to be the first breakthrough made in strengthening the digital agri-economy.