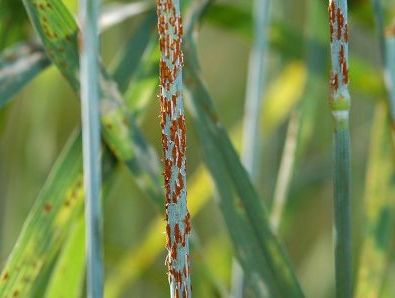 The global monitoring system ‘Rust Tracker’ was unveiled recently to track the spread of stem rusts, at the 2012 Borlaug Global Rust Initiative (BGRI) Technical Workshop in .

With the data submitted by farmers and scientists from fields and laboratories, the creators of the ‘Rust-Tracker’ say they now can monitor an unprecedented 42mn ha of wheat in 27 developing countries in the path of a windborne disease so virulent it could  turn a healthy field of wheat into a black mass of twisted stems and dried-up grains. "Wheat rusts are global travellers with no respect for political boundaries, and it is highly likely that some of the virulent new strains related to Ug99 will eventually be carried across the Middle East and Central Asia and into the breadbaskets of Pakistan, China and India," said Dave Hodson, developer of Rust-Tracker and a scientist with the International Maize and Wheat Improvement Center (CIMMYT).

"Effective control often depends on finding out what is happening in distant regions, and the Rust-Tracker can help scientists assess the status of stem rust and other rust diseases, not only in their own countries, but also in neighboring countries."

At the start of a four-day symposium, scientists reported significant progress with developing and introducing 20 new varieties of rust-resistant wheat over the last few years. Seed for the new varieties is being deployed and multiplied in eight frontline nations to produce enough seed for farmers to plant to prevent massive crop loss in case of an epidemic. But the experts in warned that wheat fields in a significant number of countries remain largely unprotected from the dangerous pathogen.

"The research being presented at this meeting takes us significantly closer to our goal of protecting the global wheat crop from rust diseases," said Ronnie Coffman, principal investigator and director of the Durable Rust Resistance in Wheat Project and vice chair of BGRI. "But the vast wheat-growing region that stretches across North Africa and Central Asia all the way to the gateway to – the world's largest wheat-growing nation – is still vulnerable."

An estimated 85 per cent of wheat now in production, including most wheat grown in the , Asia and , is susceptible to Ug99 and its variants. For now, however, only the original mutation, Ug99, has been found outside of Africa - in and .