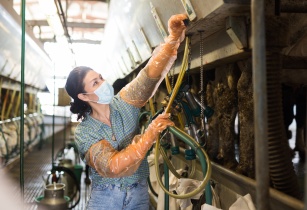 The Department of Agriculture (DA), Philippines, has recognised women entrepreneurs engaged in agriculture during the' 2021 DA Search for Outstanding Rural Women' (SORW)

The event was held at the Department of Agriculture building in Manila.

Agriculture Secretary William Dar shared his vision for gender-equal agriculture at the event. Through a keynote speech he commended the efforts made by women in the country to create a mark in a sector that is dominated by men. He added, ”Your role and contribution to the agriculture sector are vital and empowering as you position yourselves at the forefront towards thriving, sustainable agriculture. We at the department recognise such influence you have. That’s why in 2003, we launched the DA Search for Outstanding Rural Women.”

Undersecretary of high-value crops and rural credit Evelyn Laviña, who is also the chair of both the DA gender and development focal point system and the awards’ board of judges said, “Each individual woman has her own strength. And each woman has her own way of something that’s originally innate in her. And there are also different kinds of experiences in which they adapt and adjust, depending on the situation.”

She further explained that the award is proof of the DA’s commitment in achieving gender equality in agriculture. “The ‘Award for Outstanding Women in Rural Farming and Fishing’ is a fitting and necessary program to remind our womenfolk in agriculture and fishery and everyone else how valuable and precious they are not only to the department of agriculture but to the entire country.”

During her acceptance speech, Torreda reminisced the hardships she experienced and overcame, particularly how 'Super Typhoon Rolly' ravaged Cristina’s strawberry farm in 2015. Torreda aims to inspire more people, especially the youth, to partake in agriculture through her influence as this year’s National Winner. She said, “This award is not just about the prize. It’s not just about the title. It’s really about the hearts and interest of the to venture into farming.”

The DA Search for the Outstanding Rural Women is an annual undertaking that gives due recognition to rural women who have made both outstanding achievements in agri-fishery development and significant impacts in the lives of their fellow rural people. It also aims to document the success stories of the Filipina agriculture community to focus public attention on them as role models for women empowerment.