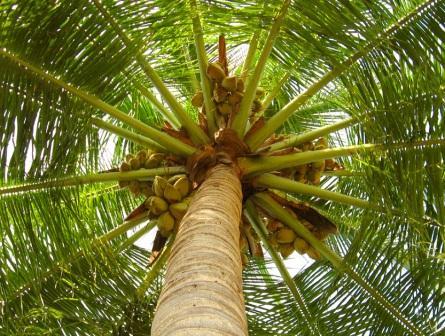 With its seemingly endless products derived from its various parts, the coconut indeed deserves to be called the “tree of life”. From root to tip, the coconut tree can provide almost anything—from food to industrial needs

In the Philippines, apart from being one of the most viable agribusinesses with annual exports reaching more than US$1 billion annually, the coconut also symbolizes the farming life of Filipinos. The country is the world’s top exporter of coconut products such as coconut oil, desiccated coconut, coco shell charcoal and activated carbon. As a major agricultural sector, the coconut industry has historically shown more variability compared to the growth rates of both the agricultural industry and gross domestic product (GDP) in general.

Trade experts say production tends to be sensitive to economic shocks due to its dependence on the global market. In a paper by Ed Amistad, coconut industry chair of the Philippine Chamber of Agriculture and Food Inc tells that the coconut sector is composed of 3.3 million hectares in 69 provinces at an average of 2.4 hectares. About 3.5 million coconut farmers and about 20 million are dependent directly or indirectly on the coconut.

Tracing its history, the coconut was a colonial crop that was forced on the natives by the Spanish gubernatorial edict in 1642. The crop’s significance grew when demand for products such as soap, margarine, copra and coconut oil—which need coconut raw materials—began to increase. The US and Europe were the first markets of Philippine coconut oil and copra.
After the era of Spanish, American and Japanese colonialism, the coconut industry’s golden years began with demand for copra and coconut oil from both the local and international market started to heighten, establishing the foundation of the coconut manufacturing and export economy.

The 1970s and the following decade ushered a new era of development with the imposition of the coconut stabilization levy to ease the inflationary effect of the high prices of coconut oil and copra in the world market. In 1973, the martial law regime merged all coconut-related, government operations within a single agency, thus the creation of the Philippine Coconut Authority. The PCA was given control to collect a levy of PHP0.55 per 100 kilograms on the sale of copra to stabilize the domestic price of coconut-based consumer goods, particularly cooking oil. The levy was increased after a year to finance the planting of hybrid coconut trees.

The levy was also utilized to finance several development programs like coconut replanting, fertilization, scholarship program for deserving children of coconut farmers, acquisition and rationalization of coconut mills for the benefit of the coconut farmers, research and development, establishment of a coconut farmers’ bank and investments. The levy ended and indefinitely suspended in 1982 when coconut prices of began to fall. However, the levy has been controversial until now since farmers protested that they were not able to benefit from the levies and that only the officials at that time have reaped the rewards. The case is still pending in the courts.

According to the Institute for Development and Econometric Analysis, the local coconut sector is categorized into three main sectors: coconut farming, copra/coconut milling and copra trading. Coconut farming includes all activities by the farm owner, coconut farmers and farm workers directly related to the production of the crop. IDEA says this group has the highest level of employment among the three sectors as about 90 per cent of the total number of workers in the industry is employed.
There are 65 coconut oil mills with an installed copra crushing capacity of 4.54 million tons a year. There are also 45 oil refineries with installed capacity of 1.53 million tons of Cochin coconut oil—so named because this product was originally from Cochin, India. Ten desiccated coconut plants are likewise constructed with a output capacity of 132,700 tons a year and eight oleo-chemical plants making intermediate coconut-based chemicals like fatty alcohol, fatty acids, methyl ester and glycerin.

New products
Exports are the industry’s primary trade as it closed the year 2011 with US$2 billion in revenue due to strong demand for various coconut products. According to PCA administrator Euclides Forbes, 80 per cent of the export earnings came from coconut oil wherein it grew by 34.74 per cent at US$1.22 billion for the first seven months of 2011 compared with the US$908.72 million earned in the same period of the previous year. Forbes said the export value soared due to high global demand and prices in 2011 as the average price of copra is US$1,063.10 per metric ton from US$754.59 on the same period of 2010.
With the increasing trend towards healthy stuff, virgin coconut oil (VCO) and coconut sugar are the products that are gradually becoming popular. Aside from being a beauty aide for skin and hair, VCO is also antiseptic, anti-infective, cholesterol-basher and a remedy for various aches and pains, based on a research by American physician Dr. Bruce Fife.

Dr Fife’s recent research showed that VCO’s latest healing property is that of curing Alzheimer’s and other neurological conditions. Dr Fife presented his evidence in last year’s 10th Coconut Festival held in Manila relating to the remarkable recovery of Steve Newport, 58, from five years of progressive dementia after just 35 days of taking VCO. Fife tells that Newport’s wife Mary, who is also a physician, discovered that VCO contains MCT or medium-chain triglycerides, an ingredient found in oils that is used to treat epilepsy and is also placed in hospital feeding programs for newborns. Dr Fife says the wonders of VCO are endless and its therapeutic abilities will still be stretched to dreaded maladies given the proper research and development.
On the other hand, the coconut sugar is a welcome development for diabetics and hypoglycemics because of its low glycemic index (GI) of 35, which is much lower than the 54 GI level that nutritionists consider safe for people who have to watch their blood glucose level.

The Philippine Council for Agriculture, Forestry and Natural Resources Research and Development (PCARRD) affirms that coconut sugar is rich in nutrients and high in potassium, calcium, phosphorous, magnesium, sulfur and Vitamin C. PCARRD said that flowers of coconut tree provide the sap that is made into sugar. Each tree in good stand can yield an average of two liters of sap daily and four coconut trees are needed to produce one kilo of sugar per day.

The agency also explained that it doesn’t need much capital as production is a simple farm-level technology, using natural process of heat evaporation to convert liquid sap into solid form of sugar granules. It will not need complicated and high-cost machine for equipment nor a huge capital. The agency added that coconut sugar holds a lot of promise for farmers since this can be an ideal export to the US and Europe where there is a distinct market for the commodity.
The PCA is also placing its bet on coconut wood since this is the best material for furniture and other handicrafts. According to Forbes, the agency is reviving its timber utilization to utilize coconut wood for furniture and can give a competitive edge to countries such as Fiji, Indonesia and India that are dominating the global furniture market out of coconut lumber.
Other maiden coco-based products such as coco wine, biodiesel, coco flour, coco chocolate and many others are expected to make waves in the international trade.

Predicaments
Despite these good developments, around 44.8 million of coconut trees are aging and dying and needs to replace a huge chunk of coconut plantation. Forbes says the senility of trees is due to weather aberrations and diseases and should be cut to lumber. According to Amistad, coconuts can now only produce 43 nuts per year from the ideal 80 to 120 nuts brought about by unabated cutting of coconut trees (about 220,000 trees/year). Low genetic potential of planting material, optimal use of labor inputs and planting of coconuts in marginal lands are also the reasons for the declining productivity, tells Amistad.
In the last five years, Amistad said coconut production per year was 2.4 million tons of copra or 1.5 million coconut oil, compared to Malaysia’s production which increased by 45 per cent to 35 million metric tons of palm oil. For this reason, coco oil has lost its dominant position in the international vegetable oils market, only capturing 2 per cent in 2007 from 12 per cent in 1960.

Aging coconut farmers are also a problem, tells Amistad, as the average age of a coconut farmer is 60 years old which implies that fewer and fewer of the younger generation are going into coconut farming. Amistad adds that further studies show that the level of educational attainment of coconut farmers  as well as training programs extended by the government are lower than those of their counterparts in rice, corn and sugar. Amistad says this makes it difficult to get coconut farmers to accept and apply new technology and farm practice. Low income also discourages farmers to plant coconut since the annual income only ranges from PHP5,000 (US$115.08) to PHP15,000 (US$347.42). Moreover, farmers still do not own the land they till or work on.

Nonetheless, Amistad believes that these obstacles can be hurdled as the coconut industry remains to be an important pillar of the Philippine economy due to its huge greenback receipts every year. Amistad emphasizes that the industry will assume even greater importance in the light of the increasing global trend towards sustainable development which places importance on the use of renewable, non-polluting resources.
Amistad is confident that the industry will continue to enjoy growth potentials with market demand expected to remain strong not only for traditional products but for new products which are deemed as healthy alternatives.