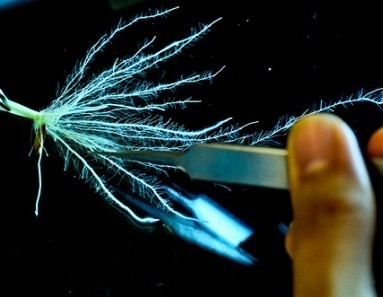 Scientists have pinpointed a gene that enables rice plants to produce around 20 per cent more grain by increasing uptake of phosphorus, an important, but limited, plant nutrient

The discovery unlocks the potential to improve the food security of rice farmers with the lowest value phosphorus-deficient land, allowing them to grow more rice to add to global production, and earn more.

The gene – called PSTOL1, which stands for phosphorus starvation tolerance – helps rice grow a larger, better root system and thereby access more phosphorus. Farmers can apply phosphorus fertilizers to increase productivity but, on problem soils, phosphorus is often locked in the soil and unavailable to plants.

“For many years, we have searched for genes that improve phosphorus uptake,” said Dr. Sigrid Heuer, senior scientist at the International Rice Research Institute (IRRI) and leader of the team that published the discovery in Nature.

“We’ve known for a long time that the traditional rice variety Kasalath from has a set of genes that helps rice grow well in soils low in phosphorus,” she added.

Kasalath’s superior performance under phosphorus deficiency was initially discovered by Dr Matthias Wissuwa from the for Agricultural Sciences. He then started collaborating with IRRI and shared the DNA information of Kasalath. The current research was supported and facilitated by the CGIAR Generation Challenge Program.

“We have now hit the jackpot and found PSTOL1, the major gene responsible for improved phosphorus uptake and understand how it works,” Heuer said.

According to Dr. Wricha Tyagi at the School of Crop Improvement at the Central Agricultural University in the Indian state of Meghalaya, knowledge of the exact gene will be critical for future breeding programmes suited to eastern and northeastern parts of India where rice productivity is less than 40 per cent of the national average due to acidic soil and poor availability of phosphorus.

The discovery of the PSTOL1 gene means that rice breeders will be able to breed new rice varieties faster and more easily, and with 100 per cent certainty their new rice will have the gene.

Dr Joko Prasetiyono, of the Institute for Agricultural Biotechnology and Genetic Resources Research and Development in , is breeding rice plants with the PSTOL1 gene. The plants are not genetically modified just bred using smart modern breeding techniques.

“In field tests in and the , rice with the PSTOL1 gene produced about 20 per cent more grain than rice without the gene,” said Heuer.

The PSTOL1 gene is also being tested in rice varieties for the more productive irrigated rice-growing areas and initial results show that the plants grow a better root system and have higher production too. This means it could help farmers in these areas reduce their fertilizer use and expenditure without compromising productivity.