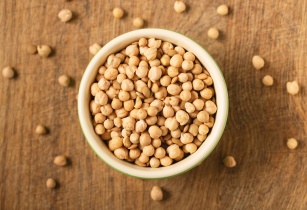 The latest report by Fact.MR showed that chickpeas were expected to hit a whopping US$17.8bn market value in 2031 and register a positive CAGR of 5.7% through the period 2021-2031 forecast

Chickpeas are often considered a cheap and easily available ingredient used as a foundation in a number of cuisine preparations. During the period 2016-2022, chickpea sales surged at a CAGR of 4.3%, one of the main reasons being the COVID-19 pandemic. Numerous studies conducted during the crisis period showed that people who followed a plant-based diet were less likely to contract the COVID-19 infection, and those who did happen to catch it had 73% lesser odds of moderate-to-severe infections. Therefore, at a time when people were trying their best to wean away from consuming meat and animal-based protein, chickpeas came in as an effective substitute.

Nutritional value and geography also play a major role in their rise in demand. For example, chickpeas are used as a major ingredient of various Mediterranean, Middle Eastern, and Indian dishes. Nowadays, processed food manufacturers are also including chickpeas in their recipes, with one of the most popular examples being flavoured hummus dips or spreads. Moreover, a large number of people suffering from gluten sensitivity or celiac disease have also found chickpeas to be a far safer and healthier alternative. In addition to this, a majority of people have been keen on switching to a low calorie diet, with the Mediterranean diet being the most commonly followed.

Since India and other Asian countries are known to be the largest producers of chickpeas, major market players are planning to expand to these regions to produce various food products containing chickpea as the main ingredient. According to the report by Fact.MR, India will account for a revenue share worth 60%, with production and consumption levels remaining continually dominant across the 2021-2031 assessment period. The International Crops Research Institute for the Semi-Arid Tropics (ICRISAT) mentioned that policies encouraging improved production are being implemented, highlighting India’s capability to sustain an increased growth of pulses and chickpeas in the long run.

Now, looking into the chickpea market in the US, the country is expected to emerge as one of the largest markets for chickpeas, possessing over 45% market share in the upcoming forecast period. One of the main reasons was the COVID-19 pandemic which pushed nearly 2/5th of the consumers into adopting a vegetarian lifestyle, thereby resulting in a sudden boom in the chickpea market. Moreover, the past 15 years has seen a 300% increase in the number of Americans switching to plant-based diets.

Among the different categories of chickpeas, dried chickpeas bring easily available, convenient to cook and possessing a plethora of health benefits, are believed to be the most consumed variety, accounting for 3/5th of the total consumption from 2021-2031. Looking at the other varieties, Kabuli chickpeas, by product type, would exhibit a CAGR of 5% until 2031, scoring lower than desi chickpeas which would likely register a valuation worth US$6.6bn in 2022.