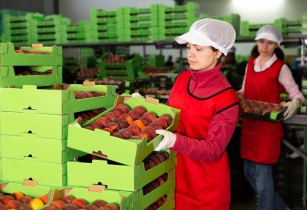 According to a report by Asia News Network, during a press conference which took place on 26 September, the Ombudsman suggested the Ministry to ask the Agricultural Quarantine Agency (Barantan) to release detained imports. They further explained that following their consultation with the Human Rights Ministry on 16 September, they had managed to receive a legal opinion which stated that Barantan’s detainment would not be applicable for goods that had arrived before 18 May, which is the day the Trade Ministry issued a regulation on horticultural import recommendations (RIPH).

On 22 September, an inspection letter by the Ombudsman was sent to the agricultural minister. However, since he could not attend, the Horticulture Director General was present at the summons on the Minister’s behalf and offered conditional terms explained at a press conference earlier that day.

The terms specified that the Agriculture Ministry would permit the release of imported products that had obtained an import approval letter (SPI) from the Trade Ministry but had not been RIPH-certified, as long as these products passed inspections. The RIPH issuance process began on 22 September and businesses were required to sign a statement implying that they would not attempt to distribute any products prior to receiving results of laboratory tests and RIPH. Moreover, all imported goods that arrived after 30 September had to be RIPH-certified.

On 24 September, the Ombudsman confirmed that Barantan had begun the inspection process. The Ministry was given five working days to move ahead with the release since none of the detained imported goods were released as of 26 September. The Ombudsman mentioned that importers had applied for the certificate but had been denied by the Ministry. “If there is actually no problem with the lab test, there really is no need for [the detainment], because the Ministry of Agriculture’s position is clear. If it turns out that Barantan insists on the detainment, it means the problem is in Barantan,” said Ombudsman member Yeka Hendra Fatika.

The Ombudsman explained that demurrage, utility costs and other expenses, as a result of these detained imports summed up to US$520,768. Prihasto Setyanto, Director General of the Agriculture Ministry Horticulture also spoke at the event, emphasising the importance of the RIPH certification to protect domestic farmers and regulate food security and import quality. He pointed out that the detained products mostly comprised of fruits that were not produced in Indonesia, which is why they could not be included in the category of foods with significant implications for domestic food security.

From the Ombudsman’s findings, it could be concluded that although the RIPH requirement was well-intentioned, it however did not have a strong legal standing based on Government Regulation No. 26/2021 on agricultural affairs. Phihasto hoped that if everything worked out as agreed, the items could be released without any further delay.