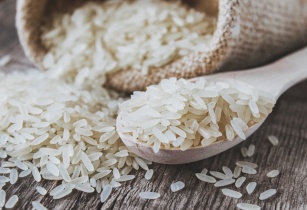 South Korea's Ministry of Agriculture, Food and Rural Affairs (MAFRA) has announced its plans to purchase 350,000 tonnes of rice in 2021

As reportyed in Yonhap News Agency, the purchase is said to be kept in reserve, before being discharged to the market depending on consumption and demand. The Ministry stated it will purchase 240,000 tons of packaged rice and 100,000 tons of pre-dried rice by the end of the year.

According to the Ministry, a surplus batch of 10,000 tons is to be reserved for the 'ASEAN+3 Emergency Rice Reserve (APTERR) scheme'. The ‘ASEAN+3’ is the association of partner countries with ASEAN namely South Korea, China and Japan.

In 2020, South Korea had purchased 332,000 tons at US$6 per kilogram of rice and will be looking to make the purchases in the final quarter of the year. The pricing is set to be marked at the average market price at the time of purchase.

Quoting the Ministry, the source further reported that the government plans to initially pay US$0.6 per kilogram and aims to complete the transaction by the end of the year. The purchase will also comprise 5,000 tons of eco-friendly rice, which will be subject to chemical residue tests after being purchased at a premium.