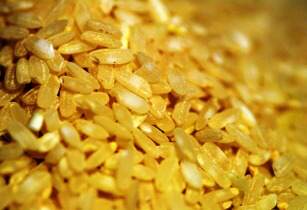 The Philippines’ state grains procurement agency has announced that it is looking to import rice from a broader range of countries including India, Myanmar and Pakistan in order to diversify its supplies

One of the world’s biggest rice importers, the Philippines usually buys from key producers Vietnam and Thailand, Reuters reported.

The agency added that with a longer list of possible suppliers, the nation could keep a lid on the cost of purchases even if emergencies such as natural disasters hit agriculture at home.

National Food Authority (NFA) administrator Renan Dalisay said that he had coordinated with the embassies of Pakistan, India, Malaysia and Myanmar in Manila, encouraging the countries to enter into a Memorandum of Agreement (MOA) with the Philippines for rice supply.

The MOA would allow those countries to participate in rice import tenders that the NFA issues from time to time, similar to agreements the Philippines has with Vietnam, Thailand and Cambodia, he added.

Vietnam and Thailand had recently won 500,000-tonne supply deals by the NFA, and hope to get more contracts as they struggle to offload some of their stocks.

Dalisay had issued the statement after Pakistan, world’s No.4 rice exporter, approached the Philippines for a 50,000-tonne supply deal. The administrator noted that Pakistan could sell as much as 50,000 tonnes to the Philippines through the Minimum Access Volume (MAV) scheme under which local traders are allowed to import an annual volume of up to 755,200 tonnes with a 35 per cent tariff.

Other countries that can also sell rice to the Philippines under the MAV scheme include China, India, Australia and El Salvador.

The Philippines imported a total of around 1.7mn tonnes of rice in 2014, the most in four years and is looking to buy 1.6mn tonnes this year, according to a forecast by the USDA.