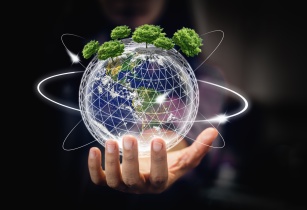 On the occasion of World Biodiversity Day, a growing number of elected officials, Indigenous leaders, scientists, and other experts have called on ASEAN leaders to endorse ambitious proposals to protect biodiversity and advance indigenous rights

After a year-long delay, the official negotiations of the convention on biological diversity have resumed this month and are scheduled to conclude in Kunming, China this October. As delegates from 196 countries including all of the ASEAN member states participate in the negotiations, eyes are on the ASEAN region. As one of the most bio-diverse regions on the planet, ASEAN member states have a crucial role to play in developing a successful global strategy to safeguard biodiversity.

While ASEAN member states have yet to finalise their positions, there is growing support around the world for a scientific proposal to conserve at least 30% of the planet’s land and ocean. This is a global target, and there is increased recognition that it must fully respect Indigenous rights and engage indigenous people and local communities as full partners in implementation.

The 30x30 proposal is championed by the High Ambition Coalition for Nature and People (HAC), an intergovernmental coalition of more than 60 countries co-chaired by Costa Rica, France, and the UK. Cambodia is the first HAC member from the ASEAN region. Other Asian members include Japan, Pakistan, and the Maldives. The 30x30 proposal has been included in the Convention on Biological Diversity’s draft strategy as a global target, as countries will have different opportunities for biodiversity conservation depending on the particular circumstances in their national territory.

Dr Zakri Abdul Hamid, ambassador and science advisor to the Campaign for Nature said, “To overcome the current global health crisis and mitigate those to come, science guides us. Having delivered life-saving vaccines for COVID-19 which the IMF estimates will have cost the global economy US$28tn by 2025 scientists now urge us to preserve intact natural areas to prevent similar infectious disease outbreaks in future. Protecting at least 30% of the planet by 2030 is a timely and important action to defend and improve the health of our planet, our economies, and ourselves. I urged all Malaysians and ASEAN neighbours to support this goal.”

Tony La Viña, former undersecretary of Environment, Philippines, said, “There is growing recognition that effectively responding to climate change will require greater attention to and an increased investment in nature conservation. I encourage all ASEAN countries to embrace the proposal to protect at least 30% of the planet as an important element of an ambitious climate strategy.”