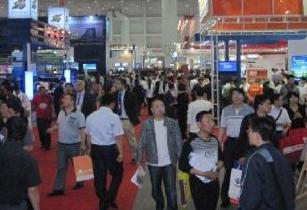 China animal husbandry expo (CAHE) 2012, the specialist exhibition for all aspects of the industry was organised at the Nanjing International Expo Centre from 18-20 May

With 1,240 exhibitors, including 84 from outside China, CAHE 2012 established itself as one of Asia’s largest animal husbandry expo.

Five pavilions from Holland, France, UK, Denmark and Germany were set up during the event.

CAAA also hosted the third bio-energy exhibition (BEE) along the sidelines of CAHE 2012. The bio-energy expo aims to help animal breeders decrease carbon emission and is jointly organised by CAAA and DLG International, a subsidiary of the German Agricultural Society.

The expo provided the perfect opportunity not only for key stakeholders in the industry to network and develop their business but also for visitors to learn about various sectors through the several seminars that were held.

For the tenth edition of CAHE, nearly 3,178 exhibit booths were set up, among which 240 were set up by foreign exhibitors, accounting for 8 per cent. CAAA plans to bring increase this number to 12 per cent within two years.

“We want our expo to be more international and need to attract more foreign exhibitors,” according to Qiangde Liu, the deputy secretary-general of China Animal Agriculture Association. “In the next two years, we’ll try to expand our channels overseas and bring in more exhibitors.”