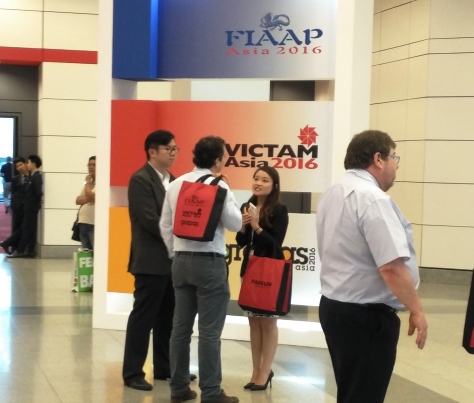 FIAAP, VICTAM & GRAPAS was held at BITEC centre in Bangkok from 29-31 March this year

The event brought many of the feed and grain industry’s giants to one place to discuss market trends, network and negotiate potential business deals.

The show hosted about 223 exhibitors from more than 25 countries and was 11 per cent larger than the last show in 2014.

There was an overall positive response from both the exhibitors as well as visitors.

According to the organisers, there were 6,374 visitors, an all-time high for this show. A very high proportion of the visitors (40 per cent) were from outside Thailand.

The ASEAN Feed Summit, was organised and funded by the Victam Foundation and hosted by the Thai Feed Mill Association. Held in closed session and chaired by Pornsil Patchrintanakul, President of the Thai Feed Mill Association, and moderated by Alexandra de Athayde, IFIF executive director, brought together senior feed regulators and industry representatives from Cambodia, Indonesia, Laos, Malaysia, Myanmar, The Philippines, Thailand and Vietnam.