France to lend expertise in livestock production at VIV MEA 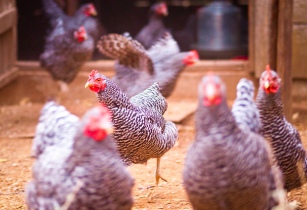 The specialist feed-to-food show will be held between February 15-17, 2016 at the Abu Dhabi National Exhibition Centre (ADNEC) in Hall No.6.

The Middle East is considered a growing market for the livestock industry, especially for poultry farming. Around 20 French companies are expected to participate in VIV MEA, which will provide a gateway to the region's livestock industry.

Through the show, animal feed, health and nutrition, equipment for poultry and cattle rearing, animal handling and slaughtering equipment, feed preparation and distribution solutions will be presented.

Right from genetics, insemination, nutrition and health to slaughtering and meat processing, the show promises to present a wide array of business opportunities, said the organisers of the show.

Considering how fast the UAE economy is growing, governments have decided to invest in equipment and development of new technologies, with the aim of focusing on local production. This is to ensure food self-sufficiency, especially in agri-food, agriculture and livestock. Specifically, breeding of dairy cattle, sheep, goats, camels and chickens is being supported by inputs based on genetics, feed, nutrition, veterinary equipment and medicine.

France, being a leader in milk and meat production, can contribute vastly to the development of the Middle East's livestock sector. It is a major breeder in the EU and known for productivity, value-added products and strong distribution network. The country produced 1.8mn tonnes of poultry products in 2014 - 13.5 per cent of total production in the EU. Broiler breeding is also a key revenue generator, comprising hatcheries, breeders and feed manufacturers, state-of-the-art industrial slaughterhouses and facilties.