IPM Essen gets ready to woo visitors and exhibitors 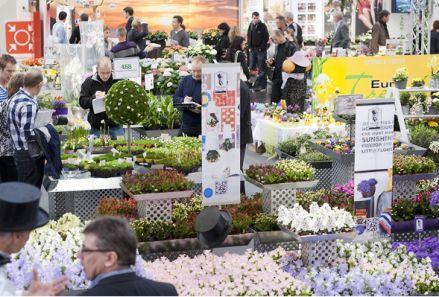 IPM ESSEN will open its doors for the 31st time on January 22 - 25, 2013 and will present to 60,000 expected trade visitors a comprehensive and globally unique range available from the exhibitors in the plants, technology, floristry and equipment sections

Like last year, Ilse Aigner, Federal Minister of Food, Agriculture and Consumer Protection, will be the patron of the trade fair.

The participation of international exhibitors during IPM ESSEN that will be organized in Essen, Germany, is expected to rise even further than 2012. In total, around 1,500 exhibitors from over 40 countries will present their products and services and will offer the trade visitors an overview of the worldwide market.

For the first time, Korean exhibitors will appear in the Technology section with a common fair booth. At IPM ESSEN 2013, Sri Lanka and Thailand will be represented with an official national participation for the first time.

At IPM ESSEN 2013, the Baltic states (Lithuania, Latvia and Estonia) will be partners of the International Horticultural Forum on Eastern Europe. The specialist forum will give an insight into the horticultural and plant industries in Eastern European countries. Experts will provide information about new market opportunities and it will be possible to establish new business contacts or to consolidate existing ones even further.

Europe's best florists will also showcase their skills during the event. Russian Natalia Zhizhko, winner of the ‘European Cup of Floral Design 2011’, and the runner-up Niina Minkkinen from Finland will display the newest floristry trends.

Germany's most talented young florists will be sought as well. The best ones will qualify to take part in the ‘Eurofleurs Junior Championship’ and in ‘Worldskills Germany 2013’.

The previous edition of the IPM ESSEN 2012 has been declared a great success with 36 per cent of the visitors coming from abroad. This corresponded to a rise in the foreign proportion by ten percent. 59,600 specialists from more than 90 countries obtained information and placed orders with 1,517 exhibitors from 44 countries. The organizers hope that this next edition of the event will be a bigger hit among the visitors and exhibitors alike.