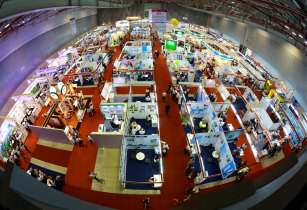 Based on the strong response to the earlier edition, the second International Livestock, Dairy, Meat Processing and Aquaculture Exposition (ILDEX) Indonesia will be held between 8-10 October 2015 at the Jakarta International Expo (JIExpo)

Organisers VNU Exhibitions Asia Pacific Co., Ltd stated that the show is held in Indonesia every two years and has been well received by the country’s agriculture and livestock sectors. The first ILDEX witnessed 6,500 visitors from 23 countries and this year, the organisers expect nearly 8,000 visitors with more than 85 companies having confirmed their attendance.

ILDEX project manager Chinakit Viphavakit has confidence in the show’s success as Indonesia’s economy is huge and has a bright economic growth outlook. According to the World Population Review, the country’s population has reached 257mn this year, making it a high potential marketplace.

The consumption demand on the livestock products has been increasing. The sector requires technology transfers from upstream to downstream in order to be able to produce locally, and not rely excessively on imported products. The modernisation of the livestock industry is to produce hygienic, safe and affordable products to meet domestic needs.

To accomplish the goals surrounding modernisation, Indonesia also needs to partner with organisations to fulfill the supply chain and meet the growing demand. In addition, Indonesia has the ability to educate the public and children on the importance of animal protein intake, said the organisers. The Federation of Indonesian Poultry Society is an active body, with 14 associations to support and drive the country towards sustainable industry growth.

At the show, there will be a host of solutions that can aid Indonesian farmers, cultivators and decision makers to improve the industry, will be provided.

Aside from conferences and workshops centred around the livestock sector, other programmes such as the FAVA Conference, Global Dairy Conference and special workshops with top leading exhibitors will be held. Companies such as JAPFA, Ceva, Rominno, Trobos Magazine, Evonik Industries, Behn Meyer and CP Pokphand will acquire a special slot in technical conferences such as Effective ways to increase competitiveness of Indonesian poultry farmers and the prospects of investment in bio-security, Threat of Bird flu and the corresponding measurements and the Development of the Poultry Industry.

Charoen Pokphand vice-president for government and liaison Desianto Budi Utomo said that ILDEX Indonesia gives hope and new options for poultry stakeholders in presenting the exchange of business information and technology updates. "Besides, it makes a commitment to contribute actively to the increase of poultry-based animal protein consumption, distinguishing ILDEX from other events."

Much like ambitious trade expos, ILDEX will also feature international trade pavilions by China and Taiwan. For the first time, South Korea will erect its own pavilion at the show, confirmed the organisers.