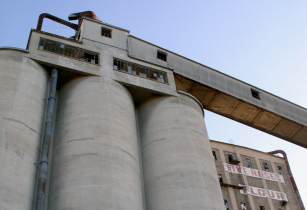 Gauging the popularity of and demand for the event, the Thai agriculture ministry has joined hands with SIMA ASEAN as co-organiser

“The Ministry is confident that being a co-organiser of SIMA ASEAN Thailand 2015 will help improve the production capacity of Thai agricultural industry, increase productivity and meet international quality standards and compete in the global market,” said Suwit Chaikiattiyos, inspector general of the Ministry of Agriculture and Cooperatives.

The Ministry of Agriculture and Cooperatives of Thailand has set SIMA ASEAN as a stage that will prepare Thai manufacturers and farmers for the upcoming AEC (ASEAN Economic Community).

Organisers and the Thai Agriculture Ministry is set to welcome 300 companies and scores of visitors for the first SIMA ASEAN to be held between 17 and 19 September 2015.

As the day approaches, organisers are prepping Impact Exhibition Centre, which will host thousands of attendees. More than 50 per cent of the exhibitors come from around the world, not just the Asia Pacific region, said the organisers. Visitors can expect a mix of exhibitors from Spain, Turkey, Italy as well as The Netherlands.

The advent of mechanisation has been recognised widely, making SIMA ASEAN a relevant show for the region, feel the companies that have confirmed attendance. International companies will present to their Asian counterparts several farming and cultivation solutions that include planting, materials handling, lifting, warehousing, powered access, tillage tools, disk blades, ploughs and soil preparation machines among others. Leaders in these areas include Monosem, Manitou, John Deere, Kuhn and Forges de Niaux.

Monosem’s Florian Crochet said, “Showing at SIMA ASEAN is a chance for Monosem to become acquainted with the markets of Southeast Asia, as Thailand is the main agricultural gateway for this geographical region.”

Innovation is the core spirit of the show and will be a major driving force for investors, attendees and visitors. The famed Innovation First area, born from SIMA SIMAGENA held in February 2015, is expected to be a major draw. The concept includes The Innovation Gallery, which is a showcase of the 2015 SIMA Innovation Awards, events with international forums, conferences, seminars as well as contests that have themes such as Innovation and Technology in Agriculture for a Better Tomorrow. Delegates can even submit essays under the theme Young Farmer Entrepreneurs in AEC Market.