India’s seafood exports to EU to hit US$1.06bn this year 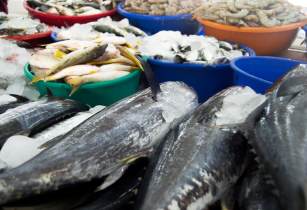 Indian seafood exports to the EU is expected to reach US$1.06bn in the fiscal year 2014-15, according to Marine Products Export Development Authority of India (MPEDA)

Speaking at the Brussels seafood fair, she noted that among EU countries, Spain tops the list of importing Indian seafood products with US$188mn, followed by Belgium with US$187mn, UK and Italy with US$128mn each and France with US$106mn.

“These are the four major buyers in the EU and trade with the EU has also been climbing up,” Nair noted.

Nair said that Indian seafood exports around the world have been going up. “We have been doing very well in exports. Our exports have doubled and tripled. From 2008 to 2009 where we were at US$1.9bn and now we hope to reach US$5.7bn.”

Marketwise, the USA has been the most favoured destination followed by Southeast Asia, EU and the Middle East.

All in all, India exports seafood to 101 countries. Majority of the exports are made up of frozen shrimp, frozen fish, cuttle fish, dried items and squid.

About 20 seafood companies from India are among the 1,700 exhibiting companies from over 75 countries participating in the three-day Brussels seafood fair from 5-7 May 2015.