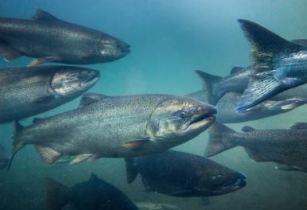 Vertically integrated, Huon will mark the beginning of fish production by JBS, which already processes beef, cattle, poultry, pigs and lamb in plants around the world.

Huon has 13 production sites and three value-added product processing units. Salmon, for example, is sold in fillets and can be found vacuum-packed at retail stores, as well as smoked products or salmon ova.

According to the United Nations’ Food and Agriculture Organization (FAO), in the next 10 years, the per-capital consumption of fish is slated to grow by 5% globally. In Oceania, this rate should reach 7%, and 15% in China. Global per-capita fish consumption exceeds that of poultry, pork or beef. Per annum, it exceeds 20 kg, according to the FAO.

The operations of Huon stand out for the monitoring of the activities at its production locations. In 2014, it launched an interactive panel on sustainability, at the time an unprecedented initiative in world terms. The tool includes data on the company’s performance, investment in research, as well as information about the fauna in the water courses with which Huon interacts. Circular economy is also a company priority. Waste from processing becomes feed, titbits for pets and ends up on the compost heap, becoming the basis for fertiliser.