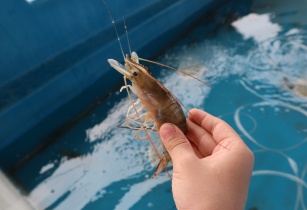 The study was held for over four years, collecting quantitative and qualitative data from 240 households and 160 shrimp-prawn farms in four different communities and concluded that the industry is crucial to public health and prosperity, whilst being climate-resilient, contrary to its reputation.

Contrary to criticism in recent years of the impact of export-driven prawn and shrimp farming on communities and the environment in Bangladesh, the study found that a relatively small amount was exported, providing important income for communities and other fish production had a low impact on the environment, whilst providing crucial nutrition. The researchers found that only 20-40% of all the fish produced, the shrimp and prawn were destined for export, with a high diversity of other fish being produced, sold and consumed locally in mainly small-scale enterprises.

PhD researcher Abdullah-Al Mamun, the lead author of a paper presenting the findings, said, “This study is important because it shows that the family-driven, polyculture system currently in operation in southwest Bangladesh actually safeguards household nutrition and income, whilst requiring far fewer inputs than the intensive systems in operation in other places, making it better for the environment.”

According to the university, the researchers used an interdisciplinary approach to gather data at the household level. Four areas of gher dikes (where rice, fish and vegetables are grown together) were studied: high saline (coastal), medium saline, low saline and freshwater (inland). 40 households farming fish from each area were chosen at random, and underwater biodiversity was measured.

Dr Mamun said, “As well as prawn and shrimp, we found 52 other fish species growing in the water across the four areas, which is surprisingly diverse, as well as a range of vegetables. The prawn and shrimp for export were brought at the highest price for households. The other 52 fish species and the vegetables were consumed and sold locally."

“We found 60% of households were farming fish and the other 40% were indirectly linked – either employed by farms or along the supply chain - so aquaculture is incredibly important to people in southwest Bangladesh,” he added.

The study also found that very few inputs were needed to grow the fish, making the impact on the environment low. The researchers studied 60 households from each of the four areas, asking local leaders to place families on a scale from rich to ultra-poor. Better off and poorer households that had at least one adolescent girl present were then sampled.

Furthermore, Dr Mamun said that the researchers also mapped the nutritional profile of analysing biomarkers from a finger prick test and found that the girls in the high saline areas showed a higher level of a crucial fatty acid, showing that the coastal fish that they could access is more nutritious. While the prawns and shrimp were exported, they actually had lower nutritional value than the finfish retained for local consumption. But the exported catch gave financial strength to households.

The study was overseen by Professor Dave Little at the Institute of Aquaculture who said, “The results send a clear message that consumers can safely eat Bangladeshi shrimp, knowing they are also supporting local people being able to eat more nutritionally valuable seafood.”

The study involved two nutritionists, Professor Baukje de Roos from the Rowett Institute, University of Aberdeen and Nanna Roos, associate professor at the Department of Nutrition Exercise and Sports (NEXS) at the University of Copenhagen. The study was funded by the Commonwealth Scholarship Council, UK, and the EU Sustaining Ethical Aquaculture Trade (SEAT) research project, supported by UK Aid’s Innovative Methods and Metrics for Agriculture and Nutrition Actions (IMMANA) programme.

Minister of state for South Asia and the Commonwealth, Lord Ahmad said, “University of Stirling’s work will enable us to look at ways to protect a vital part of Bangladesh’s economy, which offers climate-resistant livelihoods and highly nutritious food security to more than a 38 million people.”