World fisheries production valued at US$218 billion in latest year 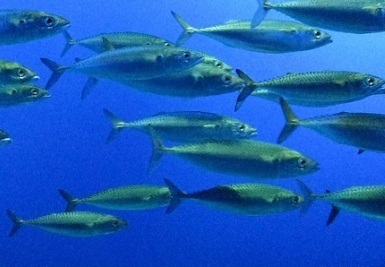 Capture fisheries and aquaculture produced about 148 million tonnes of fish valued at US$218 billion in 2010, the United Nations Food and Agriculture Organization said

At the same time, the FAO said global trade in fish and other aquatic animals reached a record $109 billion in 2010 and is estimated to have grown further to $125 billion last year.
"Following a drop in 2009, world trade in fish and fishery products has resumed its upward trend driven by sustained demand, trade liberalisation policies, globalisation of food systems and technological innovations," a statement said.
FAO director general José Graziano da Silva noted that livelihoods of 12 per cent of the world's population depend directly or indirectly on fisheries.
"Fisheries and aquaculture give an important contribution to food security and nutrition. They are the primary source of protein for 17 per cent of the world's population and nearly a quarter in low-income food-deficit countries," he said.
Árni Mathiesen, head of the FAO's Fisheries and Aquaculture Department, nevertheless warned that fisheries and aquaculture faced “an array of problems” including poor governance and weak fisheries management regimes.
Other problems include conflicts over the natural resource use, poor practices, failure to incorporate the priorities and rights of small-scale fishing communities and injustices relating to gender discrimination and child labor.
The FAO, which publishes global statistics every two years, said ineffective management and poor conservation of habitats were the primary threats undermining the food and nutrition security potential of fisheries and aquaculture.
"Enabling fisheries and aquaculture to flourish responsibly and sustainably requires the full involvement of civil society and the private sector," Mathiesen said.
"Business and industry can help develop technologies and solutions, provide investment and engender positive transformation. Civil society and international and local non-governmental organisations can hold governments accountable on agreed commitments and ensure that the voices of all stakeholders are heard," he said.