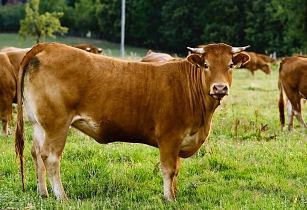 Liuzhou in South China’s Guangxi Zhuang autonomous region has plans to promote crossbreeding of cows in an attempt to improve the performance, milk quality and beef production in the city

The Liuzhou animal agriculture department said recently that promoting good cattle breeding will play a key role this year to help the city boost the business of livestock farming.

According to the local animal agriculture department, crossbreeding can help create better, stronger cattle, which are able to produce more, higher quality milk and beef.