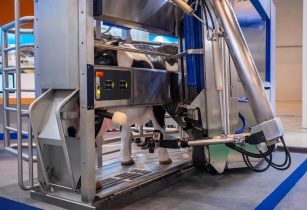 South Korea is localising a milking machine that will use a robot arm to autonomously extract milk, thus reducing burden off old dairy farmers

According to government data, more than 40% of dairy farmers in South Korea are aged more than 60 years old. They spend an average of 42% of their work hours milking cows.

As reported in Aju Business Daily, the Rural Development Administration (RDA), an agriculture technology development body operated by the Ministry of Agriculture, Food and Rural Affairs, said that RDA and Dawoon, a domestic dairy farm robot maker, has localised a home-made robot milking machine. The robot will collect and send the biological data of cows to RDA's big data centre for analysis.

Speaking to the press, Sung Je-hoon, RDA spokesperson, added, "The localisation of this robot milking machine holds a great meaning as it marks the beginning of the era of data-based digital dairy farming. Data will become a valuable asset to the development of South Korea's digital-based precision dairy farming technology."

RDA stated that the maintenance cost of the localised milking machine will be about 50% compared to foreign machines, reported the source. As the distribution of robots is scheduled for 2023, RDA's administrative body will promote the use of robot milking machines by providing government subsidies, the source further added.