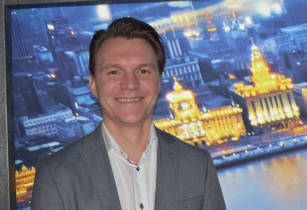 Zhenja Antochin, show manager VIV Asia, speaks to Far Eastern Agriculture about what the show has in store this year

International feed-to-food trade show VIV Asia, is getting ready for what is described as its largest ever edition. Since its last edition the show has seen tremendous growth, says show manager Zhenja Antochin. “In the last edition, we had 867 exhibitors from 47 different countries, which was a 15 per cent increase, compared to VIV Asia 2013. The 2017 edition will have 1000 exhibitors 52 countries, who are already confirmed. We have sold out our booth spaces and we are now looking to how we can allocate companies from the waiting list and give them a space to exhibit.”

This year ViV Asia will co-host the aquatic feature for fish and shrimp production, Aquatic, the dairy event, DairyTech and its latest addition, Pet Health and Nutrition. Speaking about this new feature Zhenja said, “There is a lot of interest from our visitors for pet health and nutrition and we see a very big overlap between this and the other sectors we cover. Pet producers are visiting the show and many exhibitors at the show cater to this sector as well. So we are launching Pet Health and Nutrition as a speciality, a satellite.”

Bio-energy is another speciality focus at the show this year, with a dedicated pavillion. “Last edition we had the small bio-energy pavilion which got a very good response at the show. It will be continued this year as well. We are setting up a conference with the team as we see that there is a very big overlap between bio energy, bio gas and solar energy. The farmers are also looking for ways to convert the waste into biogas, which is used for energy, and can help them save money and contributing to sustainability.”

The event will also host the e-novations gallery and awards to encourage innovations in the industry. Visitors will have chance to vote for their favourite innovation, either online or while at the show, in each of the main show categories. The winning entry per category is to receive a special e-Novation Award in a ceremony on the second day of the show.

ViV Asia 2017 will feature a new and revised exhibition layout, which includes three newly built exhibition halls and two main squares and grand boulevards for events and activities. Where before VIV Asia was divided into separate halls, now it will occupy a single large space at BITEC in which the only sub-divisions are by signs to mark the groups of exhibits according to category. When visitors walk in from the newly built entrance they come to a broad boulevard path running the full length of the exhibit area. This has been specially designed to provide easy access to each individual section and make sure that all parts of the show are fully visible.

“The great thing about the new layout is that there no separation between the halls. It is the perfect set up for a configuration like this because under one roof, literally in one big area, we will have the complete industry represented, grouped by the sectors. Since we have sound 1000 companies, this layout which combines companies by sector, also makes it more convenient for visitors to find suppliers in their field of interest.”