A coarse road ahead for Philippine rice industry 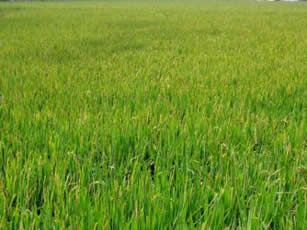 For Filipinos, rice is like air and water—they can never live without it. As the country’s most important food commodity, rice accounts for 9 per cent of total domestic household spending as well as one-third of total food consumption. Playing a crucial role in the country’s political stability and national security, it is said that rice is a huge decisive factor for running the country’s national affairs.

Pundits say that success in achieving self-sufficiency for the grain is a gauge of the performance in agricultural development of the present political leadership. For this reason, a large of portion of the government programmes has been anchored to rice.
Indeed, it is indubitable that rice is never without controversies. Just recently, the grain has been the centre of local headlines due to over-importation and overpricing allegedly done by some government officials from the previous administration. This has stirred the nation, not only because of corruption, but for fear that supply of the most prized grain may become scant.
Issues such as these stress one important factor: rice is not just a political crop but a basic foundation in ensuring the country’s food security and improving the poverty level of more than ninety million citizens.

Industry figures
According to the Department of Agriculture (DA), rice is cultivated in 2.7 million hectares or 30 per cent of the country’s total arable land. The crop is harvested from some 3.9 million hectares where 2.5 million hectares are irrigated and the rest are either planted upland or are rainfed.
Rice contributes an average of 15.5 per cent of the country’s gross value-added in agriculture, 13 per cent to the consumer price index, 3.5 per cent to the gross domestic product and 3.3 per cent to the gross national product. As the country’s staple, rice accounts for 35 per cent of the average calorie intake of the population to as high as 60-65 per cent for households in the lowest income level. The DA now records annual rice consumption level at 103 kilograms per capita. The rice industry also has the highest labour absorption in the agriculture sector, involving 11.5 million farmers and family members with three-fourths of farm household income derived from rice farming and other related activities.
Figures from the Bureau of Agricultural Statistics show that in 2010, rice production was lower at 3.04 per cent at 15.77 million tonnes from the previous year’s level. The shortfall was mostly caused by prolonged dry spell during the first nine months of 2010, particularly from the rice producing provinces of Cagayan Valley, Western Visayas, Northern Mindanao and SOCCSKSARGEN (South Cotabato, Cotabato, Sultan Kudarat, Sarangani and General Santos City). Cropping movement from the third to the fourth quarter due to delayed onset of rainfall was reported in Western Visayas, Cagayan Valley, MIMAROPA (Occidental Mindoro, Oriental Mindoro, Marinduque, Romblon and Palawan) and Bicol Region. BAS also reported that fourth quarter production did not offset the losses incurred in the first three quarters of the year.
Based on farmers’ planting intentions, BAS says the January-March 2011 production area and yield are expected to surpass last year’s levels by 16.1 per cent and 10.8 per cent respectively while yield may improve by 4.8 per cent. Palay (rice paddy) output in Cagayan Valley and Western Visayas are seen to exceed last year’s levels by 66.2 per cent (244.53 thousand tonnes) and 44.3 per cent (186.80 thousand tonnes), respectively. BAS projects that probable harvest areas in these regions would increase by at least 36 per cent each compared to last year’s level due to the movement of cropping that may extend harvesting up to the first quarter of 2011.
If these figures are to be based, the year may start well for the rice sector but with heavy rains and devastating floods besieging some parts of the country early this year due to La Niña phenomenon, the projected increase may unlikely be achieved but observers believe that the reduction may not be that significant since farmers have already been forewarned of the freak weather occurrence.

Self-sufficiency unlikely?
Much as Filipinos live and breathe on rice, the Philippines still remains the world’s top rice importer. Albeit a steady increase in production in fifty years (from 1.16 tonnes per hectare in 1960 to 3.59 tonnes per hectare in 2009) and surpassing that of Thailand—the world’s biggest exporter of rice—at only 3 tonnes per hectare, rice supply has never been sufficient and the DA blames it to brisk rise in population which has more than doubled since the first high-yielding rice varieties that were released by the International Rice Research Institute in the mid-1960s. The population then was 32.7 million, soaring to 48 million in 1980, further to 60 million in 1990 and ninety million to date. Given a 2.36 per cent population increase every year, the DA calculates that three Filipinos are born every minute, 193 in an hour, 4,624 in a day and 1.7 million in a year.
Aside from the population, inefficient farming is also another reason why yields are still low. The DA points out that 75 of every 100 farmers are only producing less than four tonnes per hectare for reasons such as high costs of production (farming inputs) relative to profitability, uncertainties in production (insect pests and diseases), low or fluctuating prices of rice grains and inaccessible credit facilities. These factors are also aggravated by inadequate irrigation facilities to sustain production. The abnormalities in climate are also another factor for the low output. In a household survey conducted by the DA together with the Philippine Rice Research Institute, production losses during the wet season can reach up to 945 kilograms per hectare (kg/ha) or 29 per cent of the production. Of this, 358 kg/ha loss is attributed to typhoon or strong wind, 250 kg/ha to pests, 198 kg/ha to drought and the rest to other causes. The survey also revealed that losses are much higher during the dry season which can reach up to 1,298 kg/ha.
With all these problems in tow, it seems impossible that the Philippines will not meet its target goal of achieving self-sufficiency by 2013—a vow made by President Benigno Aquino III when he was installed as the country’s new leader last year. His newly-appointed agriculture secretary then, former congressman Proceso Alcala said that the 2013 aim will be accomplished through expansion of rice hectarage, particularly in the uplands, rehabilitation of irrigation systems as well as encourage the planting of better-yielding rice varieties including the indigenous yields.
However, the International Rice Research Institute (IRRI) has expressed reservations about this declaration, citing unpredictable climate, among other things. IRRI deputy director Dr. Achim Dobermann said that while he does not discount the government of realizing its target, he said it should also factor realistic circumstances such as climate extremes and the booming population. Dr. Dobermann stressed that population growth should be addressed systematically or otherwise “it will be a challenge”, and the government “may run out of options” in terms of expansion areas and production. He also emphasized that the 2013 project may be attained if the weather is good and the country will not have major flooding and no new El Niño.
Importantly too, he adds, is to increase agricultural investment and even if these investments are made now, it will take time before it trickles down to the farmers. Based on IRRI’s studies, Dr. Dobermann reveals that new investments are still a low 30 per cent to 50 per cent.
He also encouraged adopting new technologies such as improved varieties and know-how which could raise yields from one to three tonnes per hectare, citing an example in South America where it doubled its rice output in only five years through developing a better agronomy extension system. Dr. Dobermann also illustrated the importance of investing in nutrient management, including fertilizer applications and investing at least US$50 million could save the country at least US$300 million worth of rice imports yearly.
Since self-sufficiency targets by the DA has been lowered or doubted several times in the past (the year 2010 was the main target year for rice self-sufficiency but due to El Nino and series of typhoons in the past years have prompted the agency to revise its objective), the IRRI expert underscores a sensible projection of 1.5-to-2 per cent annual increase in rice yields instead of the usual five percent.
This observation was echoed by economist Arsenio Balicasan from the University of the Philippines, emphasizing that the Philippine population and consumption is rising at a faster rate than the domestic rice production, hence a five per cent target growth rate for rice paddy output annually should be revised. A similar sentiment was also aired by Leonardo Gonzales, president of an agribusiness policy research, stating that the projection of 5 per cent growth for rice lies on a lot of things but the problem is not having enough investments and good weather.
In a realistic setting, Dr. Dobermann says self-sufficiency may likely be accomplished by 2017 if a long-term plan that will develop research, infrastructure and human resources will be sustainable, meaning all the plans and implementation should in any way continue.

Anomalous rice imports
The industry welcomed 2011 with a sizzling expose of overpricing and over-importation of rice in the last three years of the previous Gloria Arroyo administration. According to the National Food Authority, the overpricing hiked rice imports by US$125 per tonne while overimportation led to excessive shipments of 900,000 tonnes, seven times more than the shortage of 117,000 tonnes; and 1.827 million tonnes in 2007 which is thrice the shortage of 589,000 tonnes. NFA said this scrupulous activity caused the government to lose PHP20 billion (US$451.51 million) in overpriced rice importation contracts in the last ten years which ballooned the agency’s debt to PHP177 billion (US$3.99 billion). This also led to the waste of excess rice as the commodity ended up rotting in warehouses.
In a report by Reuters, the Philippines paid almost US$550 per tonne of rice from Vietnam in December 2008, 45 per cent more than initially estimated, with critics claiming that the rice only cost US$380 per tonne. NFA administrator Lito Banayo said that some PHP100-million worth of rice were imported shortly before Arroyo stepped down, even though the country was “awash” in the commodity. This prompted suspicions that large kickbacks were made by high-ranking officials in the NFA and the Department of Agriculture.
This year, the NFA assures that shipments would only be one third of the imports made last year. The grain will be purchased from Vietnam, Thailand and Cambodia and the transactions will be transparent and will undergo under the normal bidding procedure and not the usual ‘first-come first-served basis’ which allegedly favours unscrupulous traders.
While these anomalies are yet to be proven, the rice industry—just as it is complicated—will still be full of twists and turns. However, it is hoped that the sector will make dramatic improvements and shore up local rice farmers and consumers out of poverty and in turn improve the economy of the entire country.