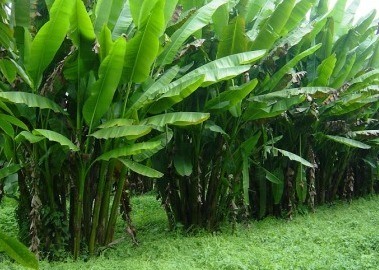 Known worldwide as Manila hemp, the country’s premier fiber has come a long way from its humble beginning as raw material of the ancient Filipinos’ clothes and footwear

Whether as luxury home furnishing or a simple writing paper, the abaca is one of the most viable agro-commodities in the Philippines. But recently, the industry found itself mired in several setbacks, particularly from the world market where Philippine abaca-based items once reigned supreme, on tight competition from other countries as well as the rising costs of production.

The Philippine government is well-aware of the abaca’s prowess in the global trade and is determined to bring back the sector’s dominance in the international arena. The efforts are hoped to bring the sector back to its old glory.

The uses of abaca—which is a variety of banana that cannot be eaten—span from specialty papers like tea bags, meat/sausage casings, cigarette papers, filter papers, monetary notes, stencil papers to opulent decorations such as sofas, lamp stands, dining tables and other home ornaments. FIDA adds that abaca plant is indigenous to the Philippines’ warm and wet climates are suitable for its cultivation. It has been grown in the country long before the Spanish occupation but it was only three centuries later that the abaca was given commercial recognition when an American lieutenant of the US Navy brought a sample of abaca fiber to the US in 1820.

Exports were then made five years thereafter and the fiber has since then became well known as one of the strongest materials for marine cordage due to its superior strength and durability under water. After a series of developments, abaca has evolved from being a marine cordage to papers and within the onset of 20th century, Fiber Industry Development Authority (FIDA) says abaca fiber has become one of the Philippines’ major exports.

Being the fiber that made the Philippines known around the world, abaca plays a significant role in the national economy. According to FIDA, the country now supplies more than 85 per cent of the total world abaca requirement as of 2008 and is one of the major foreign exchange earners, generating at least more than US$80 million annually. It is also a pillar of employment generation, sustaining more than 1.5 million Filipinos who directly or indirectly depend on it for a living.

Figures from the Bureau of Agricultural Statistics (BAS) show that annual production of abaca fiber increased by 2.70 per cent from 66.51 thousand tons to 68.31 tons in 2011. BAS numbers also show that area planted increased by 1.33 per cent, from 135.09 thousand hectares in 2010 to 136.89 hectares. Bicol Region had the largest share of 33.15 per cent in the national production of abaca while other top ranking regions were Eastern Visayas and Davao Region with shares of 29.31 per cent and 13.29 per cent respectively. Value of production in 2011 totaled to PHP123 million.

Despite competition waged by Ecuador on raw materials and China for handicrafts, the outlook for abaca still looks bright this year with the programs that the government is churning out.

Despite the very bright prospects, the Philippine abaca—who once dominated the global fiber world in the early 1900s to 1970s—found itself stalled from stiff competition waged by Ecuador for raw materials and China for abaca-based products. According to the Philippine Council for Agriculture, Forestry and Natural Resources Research and Development (PCARRD) Ecuador almost stole the export market in 2000 as it accounted for 40 per cent of the shipments while the remaining 60% came from the Philippines. These figures are not too narrow which showed the local abaca’s vulnerability. Moreover, the country’s export rate at that time was 0.2 per cent while Ecuador is already enjoying a 2.3 per cent rate. FIDA shares that the country’s low yields was the foremost problem of the sector due to use of mixed varieties, lack of disease-resistant planting materials and postharvest facilities and fragmented research and development. Oddly, Ecuador sources its plants or abaca raw materials from the Philippines.

Although the Philippines was fortunately able to maintain its lead in raw abaca exports, China’s tweaking of Filipino designs of abaca designs have become a headache for handicraft exporters. According to a trade player, the Chinese were able to imitate and mass-produce the once expensive Filipino abaca-made handiworks that flooded big US stores such as Macy’s. The insider also revealed that China doesn’t just “pirate” the designs but they pirate the Filipino designers and with their cheap labor and inexpensive production costs, Philippine abaca made items are now rendered uncompetitive.

Other problems that were cited by PCARRD that hinder the development of abaca include the use of outdated planting techniques instead of the new technologies, farmers’ lack of financial and educational capabilities, peace and order situation in some areas, stronger typhoons and the rapid expansion of abaca production in neighboring countries.

Be that as it may, FIDA believes that Philippine abaca is still in the lead when it comes to exports. Based on 2011 figures wherein abaca pulp producers earned US$104.36 million or 46.5 per cent higher than in 2010, the industry is still in a good position. According to FIDA OIC Mystic Pelayo, export earnings from abaca are projected to increase 10 per cent this year and the succeeding years due to higher demand from other countries such as United Kingdom, Japan, China, India and South Korea. The local abaca’s good qualities over others have been an advantage such as in the use of coffee cups as it can preserve the taste of the beverage better than other materials.

The government has also allotted PHP4.1 million to rehabilitate and expand abaca plantation in some provinces.  The rehabilitation—which will be led by the National Abaca Research Center—includes the mass production of laylay and inosa varieties as well providing disease-resistant breeds and capability building for farmers to further train, establish and manage nurseries for tissue-cultured plantlets. Within two years, the NARC is expecting a 200,000 plantlets of virus-resistant abaca planting materials that will increase production and be a good source of virus-free planting materials.

With all these developments, the abaca industry is surely on its way to recovery.