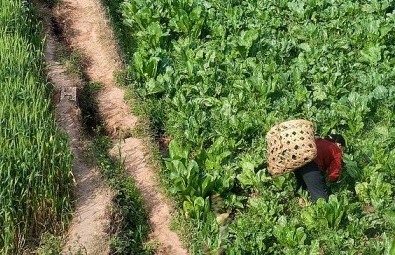 “The PRC accounts for about 8 per cent of the world’s arable land but has to feed about 20 per cent of the world’s people,” said Yaozhou Zhou, senior water resources specialist of ADB’s East Asia Department. “With the PRC’s population expected to reach more than 1.4 billion by 2030, the country’s future food security hinges on using scarce water resources more efficiently and making farming more productive.”

Funds for the Comprehensive Agricultural Development Project will improve irrigation and drainage in about 117,000 hectares of land in Ningxia Hui Autonomous Region and Anhui, Heilongjiang, Henan, Jilin and Yunnan provinces. The provinces collectively produced more than 28 per cent of PRC’s total grain output in 2008.

Irrigation systems in PRC cover less than half of total arable land, and many are dilapidated because of poor maintenance, while poor drainage has left more than 24 million hectares of cultivated land waterlogged. Soil fertility has fallen because of overly intensive farming and excess salinity in some areas, while poor seed quality, a lack of modern farm machinery, and insufficient investment in farm-to-market roads all weigh on productivity.

Along with irrigation and drainage upgrades, the project will finance measures like land leveling, soil testing, fertilizer application and windbreak trees to reduce soil degradation and increase fertility. Assistance will be given to repair farm service roads, promote the use and distribution of high quality seeds, and to purchase modern farm machinery. Training in modern, environmentally friendly agricultural techniques will be given to farmer groups, with capacity building support provided to provincial and county offices implementing the project.