‘Cutting-edge’ rice of the future gets financial boost 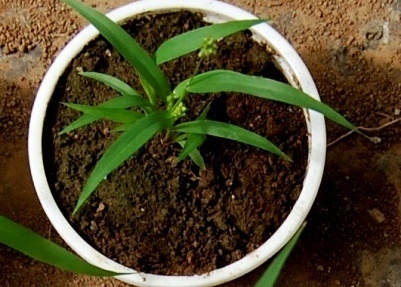 The pursuit to rein in hunger with the development of a 'cutting-edge' rice of the future has received a financial boost, and is now rolling into its second phase

Led by the International Rice Research Institute (IRRI), the project seeks to create ‘C4 rice’ – rice with a built-in fuel injector to better convert sunlight into grain, potentially resulting in up to 50 per cent higher production all while using less water and nutrients.

The Bill & Melinda Gates Foundation (BMGF), the UK government, and IRRI will put US$14mn behind C4 rice over the next three years.

C4 rice research, currently in its early phases, hopes to develop a new type of rice with improved photosynthesis capacity, known as C4. There are classes of plants known as C3 and C4 – referring to how they convert light energy into sugar or photosynthesise. Rice has a C3 photosynthetic pathway. C3 photosynthesis is inefficient at converting inputs to grain, as opposed to the C4 pathway, in which resources are processed more efficiently and converted into higher grain production.

“We want to incorporate this natural energy booster into rice, which usually just has C3 photosynthesis, so that it can achieve much higher yields,” he added. “It’s important to incorporate C4 in rice because rice grows in places where other crops such as maize do not grow and because rice is the staple food of more than half the world, including many people who live in poverty.”

In this second phase of the project, the team aims to produce C4 rice prototypes for testing. “We’re thrilled to be working with the world’s elite in photosynthesis research to uncover genetic secrets and understand biochemical processes to bring rice to a new yield frontier,” concludes Dr. Quick.

The C4 rice project was first funded by BMGF and IRRI in 2009. The UK government has joined the second phase of the project and provided additional funding. Other donors are the European Union’s ‘3 to 4’ project (the project Plant Photosynthetic Efficiency: from C3 to C4 system) and the CGIAR Canada Linkage Fund through a collaboration between IRRI and the University of Toronto.