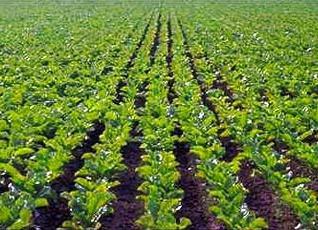 As the trend towards healthier lifestyle continues to grow, the interest in organic farming in the Philippines is also expeditiously gaining ground

In fact, the government has mandated the Department of Agriculture to allot at least PHP1 billion (US$23.70 million) this year to exclusively promote the organic agriculture programs in the country. President Benigno Aquino III believes that organic agriculture is the way of the future not only to address hunger but also to sustain health and environment.
According to the local organic group Organic Producers Trade Association (OPTA), the risk of consuming non-organic food is becoming more perilous to human health as high-yielding agri-produce or the so-called “green revolution crops” developed in the province of Los Banos—one of the country’s major agricultural research hubs—have been identified as one of the causes of brain damage particularly resulting to impaired intellect to people in poor or third world countries.

According to OPTA, these crops that are produced under modern agriculture techniques that use large doses of pesticides, herbicides and fertilizers are decreasing brain size, thus slowing down one’s intelligence capabilities. OPTA also tells that international studies have likewise shown that chemical-infused crops have resulted in cancer, hormone disruption, neurological disorders and other life-threatening illnesses.
As chemical farming destroys the environment, OPTA says beneficial micronutrients in the soil that are needed by a human body are also killed such as calcium, magnesium, iron, zinc, copper, selenium, manganese and many others. The absence of these essential health elements in the planting grounds may cause malnutrition as the soil can no longer produce foods that are adequately supplied with important nutrients.

On the other hand, OPTA reveals that livestock and aquaculture grown in chemical-industrial animal farming systems are also huge health hazards. These animals are fed and injected with synthetic chemicals to force them to grow fast and survive the pathogenic microorganisms such as antibiotics, growth hormones, steroids, synthetic vitamins and minerals. The danger of these chemicals has been proven to be so grave that it compelled the European Union to ban the use of antibiotics and growth hormones in their livestock.
Although the Philippines has not resorted to completely ban the use of synthetic chemicals in animal farming, the country is set to go all natural in agriculture through Republic Act 10068 that aims to strengthen the state’s policy to promote, propagate, develop further and implement the practice of organic agriculture. Through the law, the farming community are hoped to ensure and cumulatively condition and enrich the fertility of the soil, increase farm productivity, reduce pollution and destruction of the environment, prevent depletion of natural resources and protect the health of the farmers and of the general public. Moreover, going organic agriculture is an opportunity for the country for the organically grown commodities in the world market which would cost US$40 billion to US$70 billion in 2012.

The “birth pains” of organic
Amid all the wonderful advantages, pundits say the local farming community is yet to totally embrace organic agriculture. The tedious task of producing them plus its high production costs have discouraged farmers to shift into organic farming. While the use of chemical inputs in farming guarantees sure harvests, there isn’t much economic inducement for farmers to organic. According to Agriculture Secretary Proceso Alcala, while organically grown food commodities are making a sweep in more developed countries, these are yet to catch on Filipinos as cost is one factor as organic food items are more expensive than those grown with commercial chemically formulated fertilizers. The only way to lower production costs is for farmers to learn to process their own organic fertilizers.
An organic farmer admitted that the change from traditional to non-chemical farming was totally difficult as what was once his 15 kilos of okra has been significantly reduced to 7 kilos each scheduled harvest. Not to mention the invasion of insects that begun to swarm in his farm when he stopped the use of pesticides. According to the website Eco-Philippines, going organic will totally involve a considerable amount of investment and time. First, the soil must first be analyzed for rehabilitation to determine the exact nutrients needed and other recommendations for the soil.
Second, land preparation should eliminate the use of herbicides and instead using the grass cutter or manual pruning to plow and pulverize the soil and prevent grass from growing.
Third, is reconditioning the soil by using vermicasts or composts using earthworms to let the garden “rest” for at least a month from the chemicals. After the “rest” period, the garden is ready to be planted and the introduction of seedlings should be totally free of synthetic inputs.
Likewise, organic farmers should ensure that their seeds and other inputs are totally free from chemicals and these should be checked by certifying bodies.

Private think tank La Liga Policy Institute recommends that for people to totally go into organic, it should raise consumer awareness which is marketing. La Liga says there is much to be gained in enhancing the labeling, standards and certification of organic products and byproducts to sustain ecological agriculture.
La Liga managing director Roland Cabigas said that a concrete labeling system with clear government check mechanism for the validity of labels, the promotion of organic products and byproducts would boost trading system that would benefit more consumers and producers. This means developing labels and standards that range from organic, semi-organic, organically grown, naturally farmed, pesticide free or less chemicals.
Cabigas also said the appropriate labels will provide the consumers the appropriate food information and proper guidance. Likewise, certification processes should be attuned to the interest of the small farmers to make it more economical to go into organic farming. If these measures are immediately done, Cabigas said organic supply would surely increase and these would drive down prices that would encourage people to buy. It also would be reasonable to expect consumers to wean themselves from “steroid-laced” meat, fish, fruit and vegetables.
While organic farms are sprouting like mushrooms in the country, experts cautions that the farms should be entirely free from chemicals and that farmers should be educated and knowledgeable enough to operate an organic farm.
Organic farming, they say, is easier said than done and although organic agriculture seems to be the trend in the next five years, its goal of addressing the food security and health benefits should be taken into consideration foremost. With the booming population and increasing health perils, organic farming may seem to be one of the keys in addressing the poverty of third world countries such as the Philippines.