The rise of the lowly malunggay 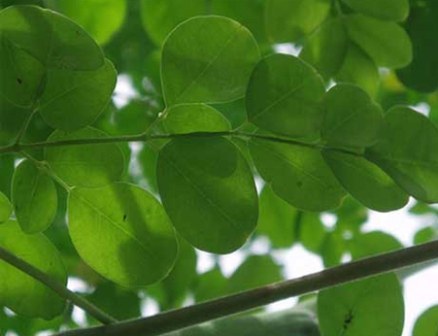 What was once considered as a poor man’s vegetable is now being groomed as a high value crop in the Philippines.

Moringa olifeira, commonly known as horseradish and locally known as malunggay, is now among the priorities of the national government in its research and development programs because of its innumerable health benefits.
Such recognition is given to the plant that its production, processing and marketing is already being pushed as a law in the Senate. According to Senator Loren Legarda who sponsored the legislation, the bill seeks to maximize the yield and the use of malunggay for agricultural, industrial, commercial and medicinal purposes. So huge are its potentials that Senator Legarda has appealed the Philippine Senate to approve the mandate with urgency to fully utilize malunggay’s wonders at once.
While the Department of Agriculture (DA) is the spearheading the promulgation of malunggay planting nationwide, the Department of Education has already joined the campaign through its Department Order 234, instructing all public schools are now required to plant malunggay trees to make school children become aware of its nutritional and medicinal value to prevent malnutrition and other diseases.
Even Filipino famed boxer Manny Pacquiao reveals malunggay as one of his secrets as he believes that having horseradish in his regular meals does wonders to his awesome pugilist abilities.
Indeed, malunggay has come a long way from being an ordinary green edible to becoming the next big thing in Philippine agriculture.

Health benefits
Though the popularity of horseradish is rapidly gaining in the local front, the plant has already been actively promoted by the World Health Organization in the past twenty years as a low-cost health supplement in poor countries. In fact, other nations such as Nicaragua and India are making significant headways in their cultivation of malunggay and these countries have been the models in utilizing horseradish with much success.
Nevertheless, authorities are confident that the Philippines can become the global hub for planting and processing horseradish as the plant can grow anywhere and can stand any types of weather. It can be simply grown in a backyard as its tree can be propagated by using stem cuttings. Even urban places can cultivate the vegetable tree as it grows in an empty can or a plastic container combined with adequate sunlight and water.
How healthy can malunggay be? According to the DA Biotechnology Program Office (DA-BPO), scientists and nutritionists all over the world are one in saying that malunggay is definitely among the best leafy edibles as it contains four times more calcium than milk thereby recommended to breastfeeding mothers; three times more potassium than bananas; four times the vitamin A in carrots and an ounce has the same Vitamin C content as seven oranges. Moreover, the DA-BPO tells that including malunggay in a regular diet helps strengthen the immune system; helps restore skin condition, regulates blood pressure, relieves headaches and migraines; heal joint inflammation; prevent intestinal worms; help increase semen count; normalize blood sugar levels and contains phytochemicals that help prevent cancer.
Not only the leaves contain the rich nutrients but also the leaf stalks. In a study entitled entitled, “Mineral Macronutrients, Micronutrients and Other Elements in Leaves of Malunggay Plant Sampled in Some Locations in the Philippines ” conducted by scientists Severino S. Magat, Ma. Cecilia M. Raquepo, and Carmencita D. Pabustan, the leaf stalks—which are usually thrown away—also contain valuable macro and micro nutrients. In terms of macronutrients, the study states potassium (K) is highest in malunggay stalks. In fact, for every 10kg of dried malunggay stalks, there are 293 g of potassium. Other macronutrients present are calcium (191g/10kg), nitrogen (185g/10kg), chloride (65g/10kg), sulphur (45 g/10kg), magnesium (23g/10kg), phosporus (19 g/10kg), and sodium (7g/10kg).
Meanwhile, for its micronutrient contents, the stalk was found to be rich in iron, boron, zinc, manganese, and copper. The scientists reveal that for every 10kg of dried malunggay stalks, there are 436 mg of iron, 170 mg of boron, 112 mg of zinc, 100 mg of manganese, and 37 mg of copper. The accuracy of these findings are assured as the group separately analyzed the nutrient contents of leaf blades and leaf stalks for the purpose of optimizing its nutritional and medicinal uses and also to understand the other elements present which, according to scientists, can be beneficial or toxic at high concentrations.
These health benefits not only make malunggay as an ideal crop but one of the effective tools in combating hunger, poverty and chronic malnutrition.

Myriad of uses
Whereas its leaves are usually cooked for local viands, the malunggay’s uses now spans from cosmetics to feed stock. According to Biotech For Life, a non-profit organization which advocates the use of malunggay, mature seeds of malunggay can produce high-value oil called moringa oil that can be used in various food and product manufacturing. For industrial uses, it is ideal as a lubricant for fine machineries due to its little tendency to deteriorate as well as a good anti-oxidant which make ideal for cosmetics and perfume. As a predominantly oleic acid, the group said moringa oil can lower blood levels of cholesterol, improve lipid profiles eases inflammation.
The malunggay presscake, after seed oil extraction, is also effective as a water purifier as it acts as a coagulant that dissolves the unwanted elements in the water such as bacteria in the bottom of the container. This technology has been successful in Nicaragua and Biotech affirms that this has been the subject of extensive studies as an estimated 1.3 billion people worldwide use contaminated water for drinking and cooking.
The presscake is also used as animal feed and fertilizer because of its high-protein content. Former trade secretary Nelly Favis Villafuerte also affirms malunggay’s uses with the leaves, flowers, seeds, pods, roots, bark, gum and the seed oil are continually being subjected to intensive research and development programs because the various constituents of the moringa are known to have, among other properties, anti-diabetic, anti-hypertensive, anti-inflammatory, anti-microbial, anti-viral, anti-parasitic, anti-tumor and anti-aging activities.
Moreover, malunggay has been a very profitable livelihood source of the impoverished. Through massive campaigns headed by DA-BOP Director Alicia Ilaga, poor communities are now processing malunggay into noodles, cookies, pretzels pan de sal (salt bread) and beauty products such as soaps, lotions and many others. Aside from processing, they can also sell leaves at PHP5 to PHP10 per bunch of malunggay leaves and with the help of Secura International which offers contract growing schemes to farmers nationwide, Ilaga tells that an hectare of malunggay can earn a net of PHP150,000 per year. Ilaga says malunggay has truly changed the lives of the destitute as it not only helped them fight malnutrition but also gave them good source of revenue.
Given the correct strategy of promotion and wider dissemination, Ilaga believes that it won’t be long that malunggay will become a big thing in the world market which is now leaning for natural ingredients wherein the Philippines can become a major global player.