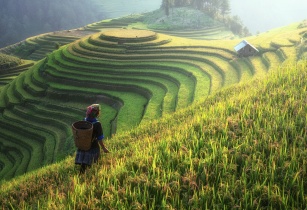 The Consulate General of Vietnam in Fukuoka in collaboration with the Ministry of agriculture and rural development of Vietnam (MARD) and Kyushu University, Japan held the workshop to further strengthen agricultural ties between the nation.

Speaking at the opening of the workshop, Vietnam’s deputy minister of agriculture and rural development Nguyen Hoang Hiep said that Vietnam attaches great importance to the role of science and technology and highly values ​​the contributions of universities and research centres in Kyushu, especially Kyushu University, to Vietnam’s agricultural sector.

In addition, he emphasised the need to periodically organise such scientific seminars to promote practical and effective cooperation between the two countries, especially in the field of agriculture. The minister also hoped that the next workshop will be held on the occasion of the 50th anniversary of the establishment of diplomatic relations between the two countries.

According to Japan’s economic zone division, the Kyushu region includes all seven prefectures on Kyushu island - the third largest of the five main islands in the country - and Okinawa Prefecture. Kyushu has a very strategic geographical position when bordering Northeast Asian countries such as South Korea, China and North Korea.

Speaking at the workshop, Professor Miki Nakao, director of the Agricultural Research Institute of Kyushu University, said that Kyushu is one of the leading areas in Japan in terms of agricultural economic development in general, as well as smart agriculture and the new generation seafood industry in particular.