Vietnam’s pepper export turnover at the end of 2021 is estimated to reach the highest level since 2018, thanks to higher export prices, but the global pepper market development looks set to be unpredictable in 2022, according to the Ministry of Agriculture and Rural Development (MARD), Vietnam 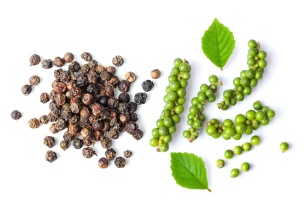 In 2021, Vietnam's pepper export volume is estimated to reach 260,000 tonnes, a total value of US$950mn. The export decreased 9% in volume but jumped 44% in value year-on-year, according to the Vietnam Pepper Association (VPA). This year, Vietnam marked a strong recovery of its pepper industry after four years of struggle with difficulties due to oversupply and a strong reduction in prices.

The existing purchasing prices are 53-54% higher than at the beginning of this year and much higher than in recent years, signalling a new bullish cycle for the domestic industry. The average export price of Vietnamese pepper is US$4,000 per tonne, according to the association.

The main reason for the sharp increase in prices is the reduced number of areas for pepper farming. MARD recalls farmers switching to other products because of the low market prices in recent years.  The pepper output in 2021 is estimated at 180,000 tonnes, down 25 per cent compared to 2020. Output is expected to continue to decrease slightly in 2022.

Nguyen Nam Hai, VPA chairman, said that in 2021, Vietnam's pepper export price had been increasing because supply could not meet demand and the quality of local pepper had reached export market requirements. According to VPA, Vietnam's pepper has continued its leading position in the global pepper market supplying 60% of demand, exceeding exports of other pepper exporting countries such as Brazil and Indonesia. The quality of local pepper has been improved further, while processed pepper products for export have gradually increased instead of focusing on raw pepper as before.

VPA believes that pepper exports will increase sharply in the first quarter of 2022 with world purchasing demand at about 130,000-160,000 tonnes. Meanwhile, Vietnam’s total pepper output is expected to reach 150,000 tonnes for the year.

Therefore, the export price of pepper is expected to continue to grow in 2022. The supply and demand for pepper are gradually returning to balance and even to higher demand. In addition, the Vietnam-European Union Free Trade Agreement, which took effect from 1 August 2020, has brought opportunities for pepper production, processing and trading enterprises from Vietnam.

Vietnam's pepper exports to most markets, including Germany, the Netherlands, France and Spain recorded high growth in 2021. Along with supply and demand factors, high production costs are also a factor set to make pepper prices rise in 2022, especially for fertilisers, gasoline and transport.

However, the global pepper market development remains unpredictable according to MARD because of stock hoarding and speculators are likely to continue in 2022. Vietnam's pepper exports over the past 10 years have shown that the domestic pepper industry still faces the risk of price decline.

Hải also added that in the future, the pepper industry must promote the development of sustainable organic pepper growing areas by applying GlobalGAP and VietGAP pepper production standards in pepper production and processing. The advice also continued to farmers, processing enterprises and exporters to enhance cooperation in solving the problem of pesticide and chemical residues in pepper that are banned by import countries to improve the quality of export pepper.

Important Vietnamese markets such as the US, EU and the Middle East all recorded positive growth, despite COVID-19. Whole-grain black pepper is still the most exported product, with the share of total exports decreasing to 65-70% from about 80% previously. Meanwhile, the volume of processed pepper products has increased significantly.