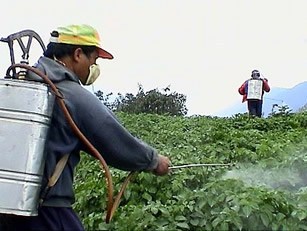 World demand for pesticides is projected to increase 2.9 per cent per year to US$52 billion in 2014, according to latest research. These gains will reflect a reversal of the substantial declines registered in 2009, caused in part by a precipitous price drop for glyphosate, the leading herbicide product.

Only a year earlier, high glyphosate prices helped to boost overall market value. These high prices lured in new producers, especially in China, which created overcapacity that contributed to the 2009 price decline. Agriculture continues to dominate the pesticide market to the point where overall pesticide market growth tends to mirror that of the agricultural market. The smaller commercial and consumer pesticide markets are expected to register faster growth than more established agricultural uses, although combined they will account for only about 20 per cent of the global market. These and other trends are presented in World Pesticides, a new study from The Freedonia Group, Inc., a Cleveland-based industry market research firm.
Herbicides and insecticides will remain the largest product types. One or the other of these products is largest in essentially every national market, due to their extensive use on the major field crops that account for most pesticide consumption. However, fungicides and other pesticide products are expected to register faster growth through the forecast period. Fungicide value gains will derive from a continuing move away from sulfur and other commodities in favor of formulated synthetic fungicides. Moreover, while herbicide and insecticide volumes have been affected by the use of Bacillus thuringiensis (Bt) and other biotechnology-derived products, fungicide usage has not.
Among the larger regional markets, Central and South America is projected to offer the best growth opportunities through 2014. Brazil has become one of the world’s great agricultural powers, and other countries in the region have similarly boosted their agricultural output by increasing their use of better performing pesticide active ingredients, often at the expense of commodities and hazardous conventional pesticides whose market presence has deteriorated. The Africa/Middle East region is also expected to post above average growth, but will remain the smallest regional market, as much of the agricultural activity in the region is undertaken without value-added crop inputs such as sophisticated pesticide formulations.