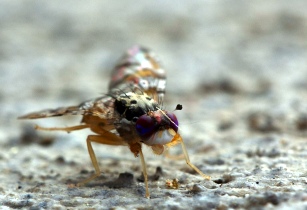 Releasing genetically engineered (GE) fruit flies into the wild is an effective and environmentally friendly way to control pests, a new study has found

The research by scientists at UK’s University of East Anglia and Oxitec shows the release of genetically engineered male flies could be used as an effective population suppression method.

It can be controlled by a combination of insecticides, baited traps, biological control and releasing sterilised insects to produce non-viable matings, known as the sterile insect technique (SIT).

Researchers simulated a wild environment within greenhouses and studied the impact of releasing flies engineered by Oxitec.

Philip Leftwich, lead researcher at UEA’s school of Biological Sciences, said, “The Mediterranean fruit fly infests more than 300 types of cultivated and wild fruits, vegetables and nuts. It causes extreme damage to crops all around the world.

“The genetically engineered flies are not sterile, but they are only capable of producing male offspring after mating with local pest females — which rapidly reduces the number of crop-damaging females in the population.”

Leftwich added that when they tested the release of the genetically modified male flies, it was found that they were capable of producing rapid population collapse in the closed system.

“This method presents a cheap and effective alternative to irradiation. We believe this is a promising new tool to deal with insects which is both environmentally friendly and effective,” Leftwich added.

The method works by introducing a female-specific gene into the insects that interrupts development before females reach a reproductive stage.

Populations of healthy males and females can be produced in controlled environments by the addition of a chemical repressor. If the chemical repressor is absent in the genetically engineered flies’ diet, only males survive.

The surviving males are released, mate with local wild pest females and pass the female specific self-limiting trait onto the progeny resulting in no viable female offspring.

The research has been published in the journal Proceedings of the Royal Society B.