Herbicide for sugarcane launched in India 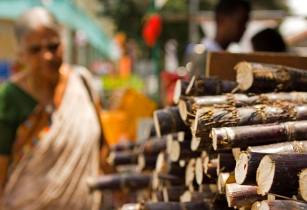 Ram Gopal Agarwal, chairman of Dhanuka Agritech, said that the new product will reduce costs for farmers who spent money on manual weeding.

"The new product will cut the cost for farmers by almost half. The product is eco-friendly and will benefit sugarcane growing states including Uttar Pradesh, Punjab, Haryana, Maharashtra, Karnataka and Tamil Naidu," he added.

The product will soon be available across the country through a network of dealers and distributors, revealed Agarwal.

"For almost two decades no herbicide has been introduced for sugarcane in the country. Looking at the growing demand of sugarcane in India, Dhanuka Agritech has developed a world class and revolutionary product - SEMPRA", he noted.

In India, more than 33 per cent of agricultural production damage is caused by weeds, revealed Agarwal.