New Zealand to be export base for USA fertiliser firm 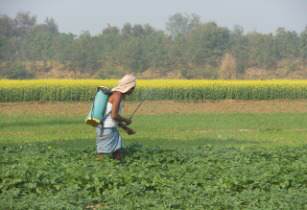 US-based fertiliser manufacturer Bio Soil Enhancers is likely to establish Auckland, New Zealand, as a base to export throughout the Asia Pacific region

Bio Soil Enhancers representative John Greenberg said that New Zealand is an important agricultural country, and could aid as a distribution centre.

The company is seeking a site to establish its first overseas blending and bottling facility, which will initially produce 24mn litres of the Sumagrow liquid fertiliser in a year. The 10,000 sqm processing facility is likely to aid Sumagrow’s Asian export growth, said the company. Greenberg expects the first stage of construction, which spans nearly 5,000 sqm to be completed within 12 to 18 months. The company will mostly install the blending equipment after upping the microbe production at Hattiesburg.

The Sumagrow fertiliser is a soil amendment of concentrated living microbes found in healthy soils. The mixture is suspended in an organic humic carrier, and makes atmospheric nitrogen and existing soil minerals – phosphate, magnesium and calcium – available for uptake by plants. Mobilising soil nutrients is a vital role of the naturally-occurring microorganisms.

According to Greenberg, products containing Sumagrow replace or reintroduce vital soil micro-organisms that are generally lost or damaged by conventional farming methods, including the overuse of chemical-based fertilisers and pesticides and depletion of organic matter.

The company has claimed that the product increases crop yields by 10 per cent and improves the nutritional value of food and forage crops including higher brix (sugar) levels. Bio Soil also possesses data that shows its product reducing nitrate leaching to waterways, and requiring lower applications than NPK fertiliser.

Bio Soil’s fertiliser can be used for pasture growth and restoring rice paddies to growing healthy crops such as corn, cotton, tea, soybean, wheat, sugar cane, vegetables and fruit. One litre of Sumagrow is usually mixed with 20 litres of water, and then sprayed on crops.

Late in 2014, the fertiliser was approved in New Zealand by the Ministry for Primary Industries, and Sumagrow has received an import and export permit. Bio Soil Enhancers is already selling in Vietnam and currently working on export orders in Laos, Cambodia, Thailand, Korea, India and China, with much of the production coming from the new Auckland processing plant.