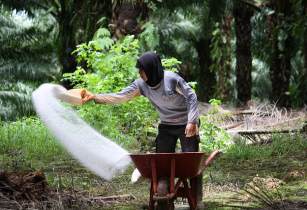 The rising population has spurred the demand for food, leading to the need for higher supplies, especially for a range in animal intensive protein and dairy products. However, there has been a consequent decline in arable land, making it harder for farmers to increase productivity. This has led to farmers using more fertilisers, concluded a report by Technavio.

The most commonly used fertilisers in Thailand include nitrogen, phosphate and potash. In 2014, nitrogen emerged as the most widely used fertiliser, with a share exceeding 63 per cent. Its likely to dominate farmers’ preference up until 2019. Some of the major crops for which nitrogen is used include corn, cassava and sugarcane – all leading crops in the country. In addition, the nitrogen fertiliser market is driven by imports from Saudi Arabia, Oman, Qatar, Kuwait, Malaysia and the USA.