Rise in fertilizer consumption expected in 2012 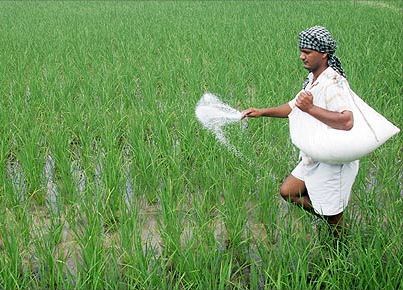 The International Fertilizer Industry Association (IFA) has released its short-term Fertilizer Outlook 2012-2013 to the public. The report shows that the fertilizer sector has now fully recuperated from the setback of 2008/09 and is maintaining a steady stream of investment in new capacity, capitalizing on the positive forecasts of a 3 per cent increase in consumption worldwide for the main nutrients – nitrogen (N), phosphorus (P) and potassium (K) – in 2012.

Agricultural commodity prices peaked at the beginning of 2011 and remained high throughout the first half of the year due to tight market conditions in 2010/11. Last year’s global cereal harvest reached a new record of 2.3 billion metric tonnes. However, this increase in production will be entirely absorbed by rising demand for food, feed and biofuel uses. As a result, the global stock-to-use ratio is seen as remaining stable but still relatively low at the end of the 2011/12 campaign. More worryingly, the ratio for coarse grains is expected to decline for the third consecutive year, to a very low level, due to a disappointing maize harvest in the United States (according to USDA crop forecasts).

Stimulated by the sharp rebound of world economic activity, particularly in developing countries, and strong agricultural market fundamentals, IFA estimates that global fertilizer consumption increased by 6.2 per cent in 2010/11, to 173 million metric tonnes (Mt) of nutrients. Responding to attractive agricultural commodity prices, world fertilizer demand is anticipated to rise steadily in 2011/12.
“World demand would increase by 3 per cent in 2011/12, to a record 178.2 Mt,” says Patrick Heffer, Director of the IFA Agriculture Service. By the end of the 2011/12 campaign, world fertilizer demand is expected to have fully recovered from the economic downturn for the three macronutrients. N, P and K fertilizer demand in 2011/12 would surpass their 2007/08 levels by 7.2, 2.7 and 0.5 Mt, respectively. Forecasts for 2012/13 are highly speculative in view of the rapidly deteriorating economic context in advanced economies. Tentative forecasts point to 2.3 per cent growth.

“World nutrient supply, in 2011, expanded in response to such robust fertilizer demand. The global production of ammonia, phosphate rock and potash reached record levels,” confirms Michel Prud’homme, Director of the IFA Production and International Trade Service. However, global nutrient capacity grew at a slower rate than production, confirming the tightness of supply seen throughout 2011, because of delays in new capacity commissioning and stronger than expected demand.

IFA estimates that global sales prospects point to 2.6 per cent overall growth in 2012, reaching a record level of 232 Mt nutrients, with production increases of about 2.5 per cent for nitrogen, 3.5 per cent for phosphate products, and up to 4 per cent for potash. Global trade prospects appear positive for virtually all products.

“Massive investments in new capacity projects since 2009 have now started to add significant new supply of urea, DAP and potash,” adds Michel Prud’homme. However, several factors have the potential to change the supply landscape and impact current trade flows and investment decisions in the near term. These include the continued shortfall in the supply of natural gas in a few large nitrogen producing countries, such as China, Iran, Pakistan, Trinidad and Venezuela; the implementation of export taxes on fertilizers; delays in the completion of new capacity projects; and increasingly stringent environmental regulations.