Use of chemicals increases environmental pollution in East Asia 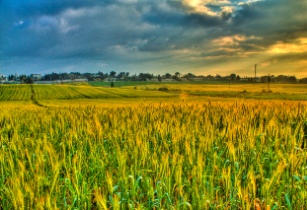 Chemicals used throughout agriculture have contributed towards pollution in the air, soil and water, which has placed the domestic food safety in East Asia and international market at a serious risk

Agriculture has resulted in negative effects in the environment, economies and people’s health. While the impact has been so significant, there are many solutions, which can target agricultural pollution and cause a drift towards cleaner and greener farming.

Management of livestock is one of the many solutions being practised, to change the harmful nature of agriculture. To maximise the amount of protein farmers can obtain from animals, the World State Bank is emphasising to farmers that they should always find more efficient breeds, so they can minimise waste.

Although phosphorus is an essential nutrient for animals and plants, as it plays a critical role in cell development and is a key component of molecules that store energy, it has many health repercussions. If there is too much of it, diseases such as kidney damage and osteoporosis can occur. They are now ensuring that animals have better health by being given better feeds, so there is less phosphorus. World State Bank has also implemented new measures, such as using biodigesters, to acquire energy and fertiliser from waste.

They have also considered that the overuse of antibiotics, if the pathogen is not recognised, can eventually cause resistance in animals, therefore are trying to reduce the prophylactic use of antibiotics. Growth hormones are vital to animals for growth and health but they can affect human health when the animals are consumed. Studies, such as one published in the Journal of Clinical Oncology in 1999, have shown that meat with growth factors in them can raise blood levels and increase the risk of diabetes.

Crops have also played a major role in increased pollution and the process of growing and maintaining them has been changed for the better, in East Asia. The judicious use of fertilisers and better nutrient management is being promoted, as excessive or wrong use of fertilisers and nutrients have played a big part in the environmental issue.

Agrochemicals are widely used as a method of pest control, however as they are very damaging, finance for integrated pest systems is being made available to prevent the common use of these toxic chemicals.

Methane from the production of rice contributes to around 1.5 per cent of total global greenhouse gas emissions. The World Bank has financed training for farmers in alternate wetting and drying in order to decrease methane.

Aquaculture is very prevalent in East Asia and fish farming is becoming part of a more sustainable East Asia. The International Centre for Living Aquatic Resources Management (WorldFish) and the UN Food and Agriculture Organisation have partnered together to build the discipline of small-scale fish farmers and fishers.

Research into new programmes and policies will hopefully benefit millions of people in this field, who come from the poorest communities. The State of World Fisheries and Aquaculture (SOFIA) aims to grow production from fisheries and agriculture to 201mn tonnes by 2030 from the current level of 171mn tonnes. This growth can only be achieved by reduction of illegal fishing practices, better fishery management, less wastage and lower pollution of aquatic areas, according to their report. Nutrition of fishes will also be considered in the initiative.

This is suggested that they do high-quality feeds to the fish in order to improve productivity, minimise chemical and antibiotic use and wastewater treatment or a closed-loop system to avoid water contamination. Gareth Johnstone, director general of WorldFish, said, “This partnership is a fantastic opportunity to enhance the impact of fish on the well-being of millions of consumers, producers and fishery-dependent people worldwide. It combines WorldFish’s research skills and experience with FAO’s policy-making capacity for greater impact.”

On 16 July 2018 in Rome, senior government officials gathered at FAO to focus on new ways to globally boost efforts in the forestry sector, to pursue this goal of a greener environment.

Gao Shangbin, deputy director general of the Ministry of Agriculture and Rural Affairs, Rural Energy and Environment Agency, said, “Committed to the green development, China is gearing up to achieve the rural revitalization and tackle the environmental problems.”