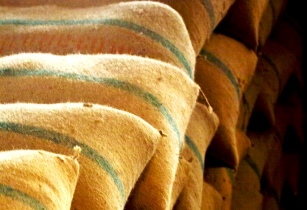 Cambodia has launched its first paddy rice bank to ensure uninterrupted supplies to millers and exporters, according to local sources

Cambodia Rice Bank (CRB), which was established in Battambang province in 2011 but did not have necessary infrastructure like silos and storage sheds, was launched recently with US$30mn in capital and can store up to 100,000 tonnes of local rice.

Phou Puy, chairman and chief executive officer of CRB, said that the capital will be used to buy up Cambodia’s paddy rice from October this year– the beginning of new harvest season.

“We hope that this bank will become a big centre in Cambodia to store rice to be ready for receiving big order from foreign buyers,” Puy added.

According to CRD, exporters can loan or buy rice from the bank’s stockpiles while millers can sell to the mass storage provider.

David Van, executive director of rice miller and exporter Boost Riche Cambodia, said the CRB was a much-needed piece of infrastructure for the sector capable of collecting and consolidating paddy stock to serve millers or exporters.

“In a harsh operating environment without much government assistance, the private sector in the rice industry has to take initiative to solve its own problems hoping that along the way, a helping hand could be extended,” Van added