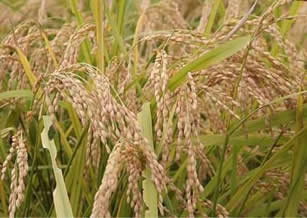 Rice can be grown within a wide range of environmental conditions and by utilising a broad spectrum of different agronomic techniques. Differences in cultivation practise largely hinge on the amount of water required and the way in which it is harnessed and used. Similarly, the way in which rice is processed after harvest depends on whether water is used in ‘wet’ or ‘dry’ rice processing.

Generally speaking, rice is best known as a lowland crop grown in flooded fields or paddies. This covers all types of rice cultivation in which the soil is covered with water to a variable depth, and over a lengthy period of time that may encompass the complete rice production cycle. The amount of water supplied may range from several metres (deep water or floating rice) to just few inches. Mangrove rice cultivation is a highly specific type of lowland rice production in which rice is grown in mangrove forests in river estuaries or along the coastline.
Among the most modern methods of wet paddy cultivation, irrigation is the most expensive means of rice production. In areas of restricted water supplies, farmers have developed the ‘age-old’ art of ‘upland’ rice farming. For upland cultivation of rice, the crop is grown with limited irrigation over specific short periods, dictated by water availability and stage of crop development (e.g. grain filling).
‘Dryland’ rice farming does not use irrigation and the crop relies solely on rainfall for its growth and development. ‘Dryland’ rice farming takes place on well-drained soils above the flood line, where seasonal rainfall and the ability of the soil to retain water are the sole determinants of crop growth and development.
Differentiation of rice with respect to water does not stop at production because rice may be processed in a completely dry mode or alternatively using copious quantities of water to pre-cook the grains.

Dry Processing
Harvested rice grains are enclosed in glumes that are in close contact with the grain. Prior to consumption as grain, or further processing into flour, snack foods and beverages, the glumes are removed by hulling.
The first secret to successful processing and storage of post harvest rice is drying the grain to an optimum moisture level of 12-14 per cent weight/weight (w/w). Moisture contents within this range are sufficiently low to inhibit enzyme action and microbial activity in store. In addition, it facilitates the easy removal of the outer covering (bran or husk) by hulling with minimum breakage of grains to give good quality shelled rice. Rice bran is rich in oil so hulling also extends shelf life of grains by eliminating the source of rancidity.

Hulling followed by polishing has been carried out for thousands of years using traditional village methods and during the last 200 years by the use of small manufactured metal rice hullers. International organisations advise against rice polishing as it removes too much of the Vitamin B’s leading to an increase in deficiency diseases such as ‘Beriberi’.

Irrespective of the scale of rice processing, paddy rice must be harvested at full maturity and timed carefully. Delay during harvest leading to alternating wet and dry period is responsible for the development of stress in the kernel, which in turn results in high levels of grain shattering during milling further down the processing line. Grain shattering during milling can additionally become a real problem if grains become overheated during the post harvest drying period, whether it remains too long in the hot sun or inside a mechanical dryer.

Threshed grain needs to be sorted to remove stones and insects and winnowed to eliminate light material such as stalks, leaves and dust particles. Storage in well-aerated rooms avoids absorption of moisture, leading to the growth of surface mould and grain discolouration. But rooms must be sufficiently sealed to exclude insects, rodents and birds. Threshed grain can be kept in good condition until milling, provided these measures are properly implemented.

Control of processing, sacking and storage

Primary process control points during milling are:
• Maintenance of grain moisture at 12-14 per cent to facilitate optimum de-husking (hulling) and storage quality
• Proper selection of holding times for grain in de-husking and polishing machines. This ensures optimum balance between level of grain breakage and per cent of de-husked grain in the finished rice product. Length of time in these machines also determines whether the end product is white rice or brown rice. Brown rice is de-husked less and is richer in Vitamin B complex. The average amounts of vitamins in the B complex within rice are thiamine (B1) – 4 g/g; riboflavin – 0.6 g/g and niacin – 50 g/g.

Equivalent primary control points during the following packaging, storage and marketing phases are:

• Usage of only clean and dry (preferably new) jute or sisal sacks. This avoids risk of contamination and moisture absorption by the grain. If grain is earmarked for transit to a more humid zone then it should be packaged in polythene sacks. However, only optimally dry grain should be packed in polythene sacks, or paper sacks with polythene liners. Polythene not only stops moisture getting into the bag but also any excess moisture in the grain from getting out.
• Strict control of sack or bag filling using accurate scales.
• Maintaining well ventilated and insect and rodent free storage conditions prior to retailing
• Re-packing in paper packets for short-term storage and retail and heat-sealed polythene for longer-term storage prior to retail.

Because the rice stays dry throughout and does not undergo any pre-cooking or contact with water there is a minimal risk of contamination with pathogenic microbes. Standard hygiene practices in relation to food production and handling are deemed sufficient.

Parboiling is pre-cooking of rice in water prior to milling. To be more precise, parboiled rice is the rice in which starch in kernels has been gelatinised by steeping in water, steaming and drying paddy before the husks are removed. In India, the term ‘raw’ rice is used to describe rice that has not received any heat-treatment such as par boiling.
Parboiling is a simple process but sets off and maintains a series of rather more complicated reactions in the grain. These positively alter the grain’s physical, chemical and nutritional qualities in relation to both milling and eventual consumption.
There is no standard technique of parboiling in relation to water temperature and length of time of the process. Parboiling originated in the Indian Sub Continent about 2,000 years ago and the technique was carried out by Indian migrants and communities wherever they went.
Techniques in which the paddy rice is steeped in hot water for a long time impart a strong flavour and yellow colour to the product. In other areas where these characters are not required, the paddy rise is simply boiled until the husks burst, after which the product is dried. This technique only partly gelatinises starch in the rice grains so that the grains are not fully hardened.

Parboiled rice offers a number of advantages over and above untreated milled rice. Parboiling hardens grain and thereby decreases susceptibility to breakage during the de-husking process and damage by insect pests in store. In addition, it enhances the nutritional quality and value of rice by promoting movement of nutrients from the outer coverings (bran) and into the grain, so they are not removed in the bran during de-husking. On the other hand, oil inside the grain moves out. The reduced oil content lowers the risk of rancidity and improves storage life.

Mainstream parboiling methods involve soaking the product for about one to three days at an initial water temperature of 60 to 80C-- the constant the temperature, the shorter the soaking time and limiting the development of off-flavours. The product is then steamed for 20 minutes at 100C. Finally it is sun-dried to 12-14 per cent moisture while carefully avoiding extreme high temperature and periods of wet weather. It is now ready for de-husking/polishing or industrial milling operations.

Key process control points to look out for, during parboiling include:
• Grain to be soaked at a constant fixed temperature for a specific period of time to produce a consistently high quality product of a type required by local consumers
• Soaked grains to be steamed for the allotted time at the correct temperature so that fermentation, promoted by soaking, is brought to a rapid end. This is particularly important if the grains have been steeped in hot water for a long period of time.
• Final grain drying to a moisture content of 12-14 per cent w/w to stop any growth of fungi (mould) and bacteria and to facilitate trouble free de-husking.
• From de-husking onwards, the key process control points are the same as for dry processed rice

The various components of the rice harvest including ‘waste’ products can be put to a huge variety of uses. Rice grains can be further processed into flour (usually broken grains) biscuits, snacks, breakfast-cereals, beers, wine and distilled spirit. Rice meal is used for animal feed while the valuable rice bran oil can be extracted from the bran. Rice starch is used in a variety of industrial processes. Rice hulls with their high silica content have been used in a wide variety of situations including the manufacture of pressed insulation board, cement tiles and cement breeze blocks, in the glass industry and for road surfacing. Rice straw is used in the manufacture of ‘straw-board’ for the building industry.