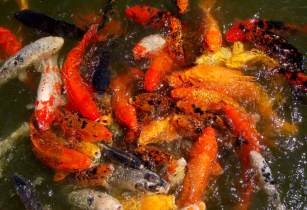 The two companies will have a 50 per cent share each in the new JV, revealed BioMar.

The JV is targeted to become a leading feed supplier to China and eventually cater to other Asian markets as well, said officials from the Danish company. The two companies have agreed to start building a feed factory with an annual capacity over 100,000 metric tonnes in China, scheduled to begin operation in 2016. In the next stage, BioMar and Tongwei target to expand with three to five new factories of a similar or larger scale in China and to expand with production and sales in other countries in Asia.

According to BioMar group CEO Carlos Diaz, BioMar’s entry into the Chinese market is part of a global expansion strategy. “China is the world’s largest aquaculture market and Tongwei holds the leading position as a feed supplier to the aquaculture industry in China. BioMar will, as a leading global supplier of specialised larval and fry diets as well as high performance grower diets and functional feeds, contribute with know-how and product ranges for the fast growing production of high value fish species in China.”

The product range for the new factory will include starter and grower feeds for marine and freshwater species such as sea bass, sea bream, cobia, turbot, bass, grouper, trout, sturgeon, tilapia, eel, and shrimp.

Based on the contract, BioMar will directly apply feed recipes and product ranges for certain species, while bringing a well-proven approach in product development in securing safe and sustainable diets as well.

In addition, BioMar will also contribute to reduction of emissions from aquaculture into the environment, through the provision of specialised diet solutions.