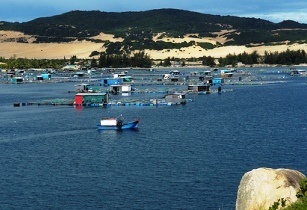 China’s Sino Agro Food has signed a deal to build the world’s largest shrimp farm, which will produce 300,000 metric tonnes a year once completed in 20 years’ time

The Guangdong-based company said in a statement that its subsidiary Capital Award has been contracted to build the farm by a joint venture between Hong Kong-based Glory Ocean Development and foreign partners.

The farm will be located on a 1,300-acre site, which will also host a hydroponic facility, in Zhongshan on the Pear River Delta in China.

Construction began earlier in 2014 and the project is expected to take 20 years to complete, said the Chinese company.

Solomon Lee, CEO of Sino Agro Food, said, “I am very pleased and gratified to make this announcement.

“The license agreement represents a culmination and a beginning at the same time. It validates our technology and the success of our current indoor fish and prawn farms, which, in a sense, have served as demonstration farms. The agreement is a major marker in the company’s growth and stature.”

During the first phase of the project, expected to last two years, the venture will pay Capital Awards around US$149.6mn, including US$104.3mn for construction and development, US$43.5mn for consulting and US$8.5mn in license fees for its technology.

Capital Awards would also be the marketer and distributor of the project’s end shrimp products and produce.

Capital Award will build the farm using its A-power technology, described as “an engineered, self-contained water treatment and recirculating aquaculture system for the growing of aquatic animals on a commercial scale”.