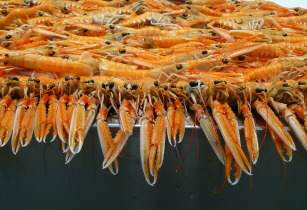 The presence of EHP can reduce the weight of shrimp and affect a shrimp farmer’s business. According to MPEDA deputy director for aquaculture S Kandan, the disease has already affected fish in coastal districts, causing losses. Based on this information, the officials of Rajiv Gandhi Centre for Aquaculture (RGCA) have collected samples from shrimp ponds in the districts of Prakasham, Guntur and Krishna.

Consequently, farmers have been alerted to adopt prevention methods. In addition, 11 surveillance teams comprising officials from the MPEDA, National Centre for Sustainable Aquaculture (NaCSA) as well as the Fisheries Department have been formed to collect water and shrimp samples from major aquaculture areas. Further, samples will be tested at the Central Aquaculture Pathology Laboratory of RGCA in Tamilnadu, and the result would be sent to Fisheries Department officials with necessary recommendations and suggestions, said Kandan.

Though there is no medicine to control EHP, best management practices would have to be employed to prevent the spread of the disease, recommended MPEDA officials.

In shrimp, the EHP parasite was first named after the Penaeus Monodon (Black Tiger Shrimp) from Thailand in 2009. Recent studies have revealed that EHP can be found L. Vannamei shrimp.