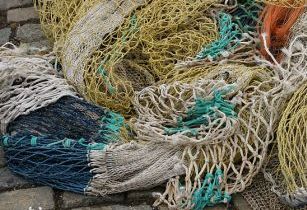 The European Union and Japan have collaborated in the fight against Illegal, Unregulated and Unreported (IUU) fishing

A joint statement to this end was recently signed in Tokyo by Maria Damanaki, European Commissioner for Maritime Affairs and Fisheries, and Akira Gunji, Minister of Agriculture, Forestry and Fisheries of Japan. European Union and Japan rank first and second, respectively, as the world’s top seafood importers. They have now agreed that the seafood they import will not be caught illegally.

With the agreement, the EU and Japan commit themselves to work together on the most effective tools to combat illegal fishing. As parties to regional fishery management organisations and to various international treaties, they will work towards strengthening monitoring and enforcement of management measures. They will also use the available means to prevent IUU operators from profiting from their illegal activities.

The agreement commits its parties to systematically exchange information on IUU activities, promote, in regional fishery management organisations they belong to, management measures that strengthen control, monitoring and enforcement on vessels operating within a given areas.

As part of the agreement, the parties will also encourage other countries to ratify and implement the Port State Measures Agreement of the United Nations Food and Agriculture Organisation’s Committee on Fisheries and will promote the sustainable use of fisheries resources while preserving marine biodiversity.

A similar statement was signed by the EU and the United States in September last year.

"Illegal fishing is a criminal activity. Europe is committed to fight it and we have been building alliances worldwide,” said Commissioner Damanaki. “The agreement with Japan will help us enforce the rules, and it moves us closer to clearing our seas of dishonest fishermen."

The EU and Japan have already put in place a number of legal measures to combat IUU fishing, such as the EU's IUU regulation. Both are active in international fishery management organisations and promote international instruments to address IUU fishing.