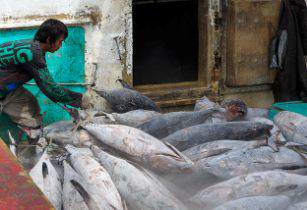 According to a new report, the pole-and-line tuna catch from Indonesia has not declined, as was suggested by some other reports

The International Pole & Line Foundation (IPNLF) has released findings from an evaluation study that found that Indonesia’s pole-and-line catch was over 100,000 tonnes last year. The report also said that 80 per cent of this total was accounted for by skipjack, yellowfin and bigeye tuna, which are the main species that are processed or canned.

Some recent reports had been claiming that the country’s pole-and-line tuna catch fell to 10,000 tonnes last year, which is just one-tenth of the total volume mentioned in the Government statistics for 2014.

The IPNLF research also finds that while the production from artisanal tuna fisheries in particular may be overestimated, relatively little of this catch, caught by a large number of small fishing units, enters commercial production supply chains. Instead, a large proportion of the catch is consumed fresh or processed for local consumption.

Andrew Harvey, Indonesia country director for IPNLF, said, “While Indonesia’s reported pole-and-line catch appears to have fluctuated in recent years, it has certainly not fallen by the drastic levels that have been suggested in a few recent reports and is in no way an indication of declining stocks or the fishery’s potential.”

This latest piece of research was prompted by elevated skipjack pole-and-line catches in a few key production regions that were reported in the official statistics of Indonesia’s Directorate General for Capture Fisheries.